Home / California / Long, globe-trotting search for a better Christmas tree
A new user experience is coming! We'll be asking you to login to your Morning Ag Clips account March 1st to access these new features.
We can't wait to share them with you! Read more here. 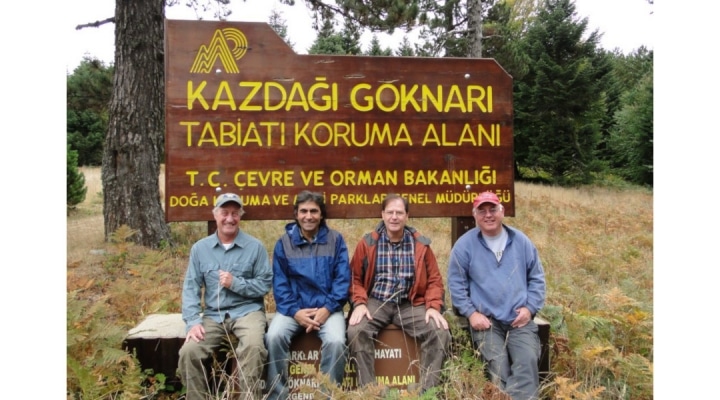 PULLMAN, Wash. — Christmas tree lovers and tree growers across the U.S. could one day admire new varieties that look great, hold up for weeks in the home, and stand up to a deadly disease that kills popular firs, thanks to globe-trotting research by Washington State University scientist Gary Chastagner.

Known as “Dr. Christmas Tree” to growers for his 40 years of research at WSU, the plant pathologist’s work on holiday trees has encompassed disease management, needle retention, variety improvement, and care of cut trees in the home, along with research into other valuable ornamental crops, such as bulbs and cut flowers.

One of the most serious is Phytophthora root rot. Part of a class of organisms called water molds, Phytophthora pathogens infect and kill many types of plants, including conifers, and can shrink harvests of highly susceptible Christmas trees by up to 75 percent. Root rot spreads and thrives in wet conditions, and once in the soil, is virtually impossible to remove. It’s a particular problem for growers of popular noble and Fraser firs with poorly drained soils, limiting where these species can be grown.

“Growers don’t really have a lot of options to manage root rot,” Chastagner said. “Noble and Fraser firs are very susceptible to this disease, and there’s no practical way of treating the crop. While it typically takes a couple of years to kill a tree, it can kill highly susceptible trees in 45 days under certain conditions.”

About 25 years ago, Chastagner began studying firs native to the mountains surrounding the Black Sea. Certain species were found to resist Phytophthora, so Chastagner trekked from Puyallup, Wash., to the mountains of Turkey and the Republic of Georgia to find them.

There, dark green needles glistening on hundreds of strong, uniform branches, the Turkish and Trojan firs rose up to 80 feet above Chastagner, fellow scientists, and their Turkish guides.

The team wasn’t there to cut them down. The scientists watched as their Turkish companions scaled the firs without ropes or climbing gear, pulling themselves up branch by branch to harvest cones at the very top. The team shipped home more than 120 pounds of tiny seeds from the healthiest, best-looking fir specimens.

Over the past seven years, Chastagner and his colleagues have been evaluating the growth of seedlings from these trees at plantings in Washington, Oregon, Connecticut, Michigan, North Carolina, and Pennsylvania. The researchers are screening for high-quality Christmas trees with excellent needle retention. So far, results have been promising, with select firs showing great adaptability and desirable characteristics, such as good structure and quick growth.

Industry partners are grafting cuttings from these trees into seed orchards for future seed production. Nurseries are also working with seed collectors in Turkey, obtaining additional seed from trees in Turkish forests that produced the top-performing germplasm.

In the project’s next phase, Chastagner and colleagues will expand their study to determine how the trees perform in a broader swathe of territory, including farms in California, Ohio, Indiana, and the Spokane-Coeur d’Alene region of eastern Washington and northern Idaho.

It takes a decade or more to go from a seed in a fir cone to a harvestable tree, but Chastagner expects that farmers and buyers of live Christmas trees will one day reap the benefits of this research.

“Our team has found a number of sources of high-quality trees that can be grown in areas where we can’t grow some of our more desirable firs due to root rot,” he said. “We’re increasing the diversity of choices for growers and consumers.”