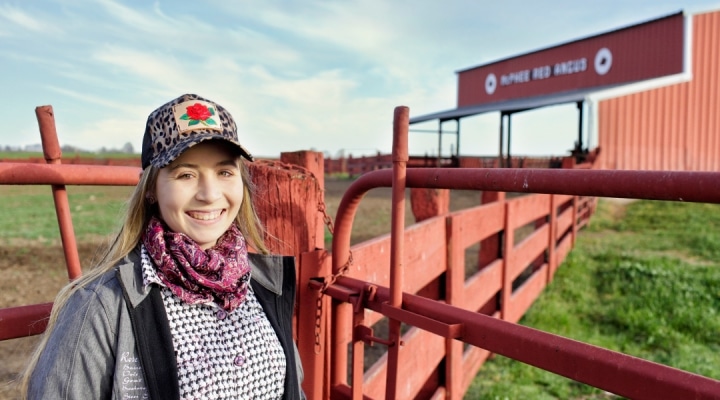 SACRAMENTO — Lodi CattleWoman, Rose McPhee, is one of 66 kids from 27 California ranches featured in the newly released book, California Ranch Raised Kids. Miss McPhee is a 3rd generation CattleWoman who works side by side with her grandmother, Nellie McPhee in the cattle business. Miss McPhee lives on the ranch on the east side of Lodi where she helps to care for the cattle daily. She is part of the McPhee Ranch dynasty that produces high-quality nationally recognized purebred Red Angus cattle. The McPhee Ranch is one of the largest registered Red Angus ranches in the nation. Miss McPhee also has a small herd of her own that is part of her Linden FFA Supervised Agricultural Experience (SAE) project. 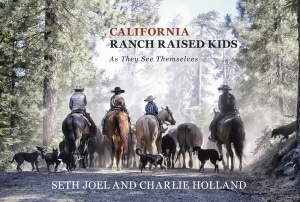 “I was so surprised to be picked as one of the kids featured in the book. The book has beautiful pictures and shows what kids do on a ranch with cows,” said Miss McPhee.

Photographer, Seth Joel, and writer Charlie Holland approached the California CattleWomen looking for a way to tell the story of modern children being raised to care for and preserver open spaces. The CattleWomen agreed to the project if two objectives could be met: showcase the wide diversity of environments in the state and share the things CattleWomen care about—family, the land, and the cattle. The 100-page hardback book shows the vast climates, landscapes, and iconic images that make California special. The widely differing terrain and climates make a dramatic backdrop to the faces and the stories of the children that live on ranches. The photographs are stunning and Charlie Holland’s ability to capture the articulate and thoughtful children that are learning the skills and knowledge of the cattlemen and women around them makes the book heartwarming.