Home / Oklahoma / Livestock organizations respond to labeling complaint
A new user experience is coming! We'll be asking you to login to your Morning Ag Clips account March 1st to access these new features.
We can't wait to share them with you! Read more here. 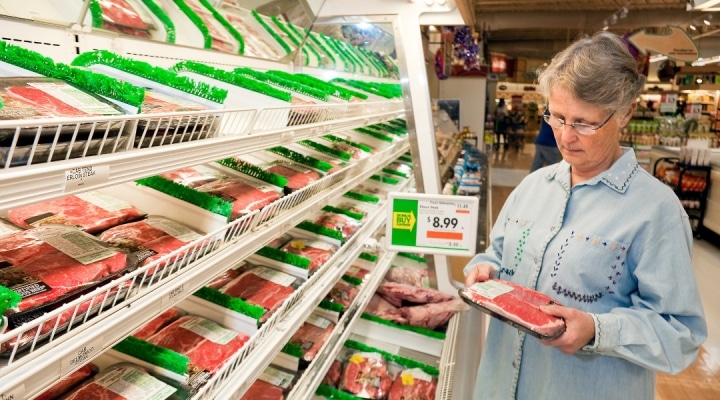 OKLAHOMA CITY — The Oklahoma Pork Council and the Oklahoma Cattlemen’s Association have released the following joint response to a baseless refiled complaint by the Plant Based Foods Association regarding Oklahoma’s meat labeling requirements.

The law being challenged, which went into effect in November 2020, prohibits misrepresentation of products as meat if “not derived from harvested production livestock.”

Unlike similarly intended actions that have been struck down in other states, Oklahoma’s Meat Consumer Protection Act does allow for plant-based food labels to include terminology associated with product types like ‘burger’ or ‘sausage’ if the text appropriately explains “the product is derived from plant-based sources in a type that is uniform in size and prominence to the product name.”

The amended Plant Based Foods Association complaint in Oklahoma’s Western District Court is the group’s second attempt to re-hash an argument that the federal court decisively denied last year.

In the initial November 2020 decision, the district court had “no trouble finding the speech at issue is potentially misleading” because of the “natural inference a consumer would draw from the meat-related terms used” on plant-based foods without sufficient clarification they are in fact not meat products.

“The Plant Based Foods Association already had their day in court on this exact issue,” Kelsey said. “The Western District made it quite clear a year ago that Oklahoma’s Meat Consumer Act in no way forbids plant-based products from being offered in Oklahoma grocery stores. What the law does not allow is for those products to use the unmatched quality and taste of genuine meat products to dupe consumers into buying them by mistake.”

According to research conducted by market intelligence firm IRI Worldwide, although plant-based meat alternatives have grown 83.9 percent since retail introduction, these products remained at just 0.6 percent of combined meat and alternative dollar sales for 2020.

The same study found that 40 percent of consumers who purchased these plant-based meat alternatives chose not to buy the products a second time.

“The buzz around meat alternatives continues,” Deniz said, “but the data clearly demonstrates consumer preference for authentic meat products is not going anywhere. Last year, Americans bought more than $172 of refrigerated meat products for every $1 spent on plant-based substitutes. Our farmers remain proud of the safe and healthy products they provide that only need to list one ingredient on the label: meat.”

Both authors of the Meat Consumer Protection Act reiterated successful completion of the legislative process and enactment of the 2020 law to avoid consumer confusion.

“Oklahomans expect to know what they are consuming,” said Representative Toni Hasebneck of Elgin. “That’s why I wrote House Bill 3806 creating the Oklahoma Meat Consumer Protection Act. It passed the House of Representatives by an ironclad margin of 90-0, and I look forward to it remaining law in Oklahoma.”

“Oklahoma consumers should never have to worry about being misled about anything they purchase, especially their food,” said Senator Micheal Bergstrom of Adair. “Clever marketing practices and deceptive labeling on plant-based meat alternatives can be confusing for shoppers looking to purchase meat-based items at the grocery store.”

Both the Oklahoma Pork Council and the Oklahoma Cattlemen’s Association look forward to continued accountability for plant-based food marketing across the state.

The OCA is the trusted voice of the Oklahoma Cattle Industry. OCA is the only voice that speaks solely for the cattlemen of Oklahoma and represents beef producers in all 77 counties across the state. The OCA officers, board of directors and membership encourages you to join us in our advocacy efforts to ensure less government intervention, lower taxes, and a better bottom line. For more information about OCA membership, the theft reward program or activities call 405-235-4391 or visit www.okcattlemen.org.