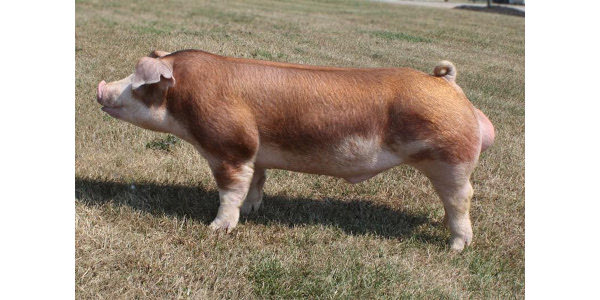 SPENCER, Iowa — The entry deadline of August 15 is rapidly approaching for exhibitors to register their award-winning sheep, swine, dairy cattle, rabbits, horses and beef cattle for competitive shows at the 2017 Clay County Fair.

“Livestock competition is a cornerstone of the Fair experience,” said CCF Manager Jeremy Parsons.  “We encourage exhibitors to get their entries to us by August 15.”

New to this year’s Fair open class livestock competitions is the Hereford swine division. The Hereford swine show will be held on Saturday, Sept. 9.  Changes have also been made to the draft horse show, including added premium money.  The North American Six-Horse Hitch Classic Series, which will feature $10,000 in prize money for the beautiful hitches, will begin at 1:30pm on Saturday, September 16 and Sunday, September 17, giving fairgoers two afternoons to watch the draft horses.

“Our goal is to constantly expand our livestock shows to give more people the opportunity to show,” Parsons said.

Check out the exhibitor handbooks online at www.claycountyfair.comto find the rules and guidelines, as well as online registration, to enter livestock at the 2017 Clay County Fair. Deadline for open class livestock entries is August 15.

A complete livestock schedule for 2017 can be found on the Fair’s website www.claycountyfair.com.

“Come Home” September 9–17, 2017 to Spencer, Iowa for our Centennial Celebration!  “The World’s Greatest County Fair” since 1917, the Clay County Fair attracts more than 300,000 guests each September. “Come Home” for unique experiences including world-class Grandstand entertainment, award-winning fair food, daily livestock and horse shows, more than $150,000 in free entertainment, thousands of competitive exhibits, the thrilling GoldStar Amusements Midway, hundreds of commercial vendors, and the largest farm machinery display at any fair in the United States. Visit claycountyfair.com to plan your visit.