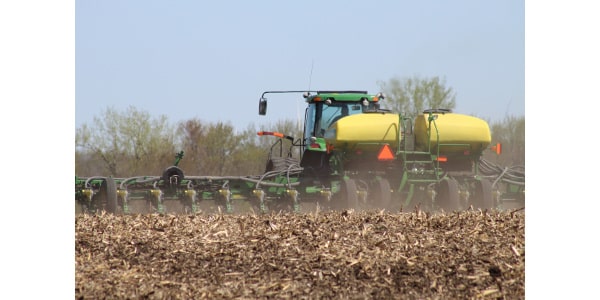 AMES, Iowa — Despite a higher average income in 2019, Iowa’s mid- to large-size farms actually saw a considerable decrease in farm liquidity and working capital over the past year.

Data from the Iowa Farm Business Association, collected from 401 farms, shows net farm income in 2019 at an average of $77,946 per farm. But that number only tells part of the story, according to Alejandro Plastina, assistant professor and extension economist at Iowa State University.

“A higher average income in 2019 did not translate into an overall improvement in financial liquidity for Iowa farms,” Plastina said. “Not only was the share of farms with vulnerable liquidity larger in December 2019 compared to a year earlier, but their working capital needs were also higher.”

Plastina gives an overview of the Iowa farm liquidity situation in the June edition of Ag Decision Maker, in a featured article called “Mixed liquidity results for Iowa farms in 2019.”

Plastina said the liquidity for some farmers is actually improving, but many others are seeing a decline. According to the report, the bottom third of farms (ranked according to annual return to management) have consistently averaged negative accrued net farm income levels since 2015, while the top third has consistently averaged incomes more than twice the state average.

Plastina said farms may be able to sustain a loss in liquidity for a while, but when it occurs year after year, the challenges become more pressing.

“We are concerned with those who are struggling or short on liquidity,” he said. “That means that if anything goes wrong or they don’t get a loan or something to generate more cash, they might need to liquidate some assets or make adjustments to their long-term plan.”

The report explains how liquidity is calculated and offers useful insight and comparisons dating back to 2012.

New records in the dairy industry; what is ahead?
September 21, 2020