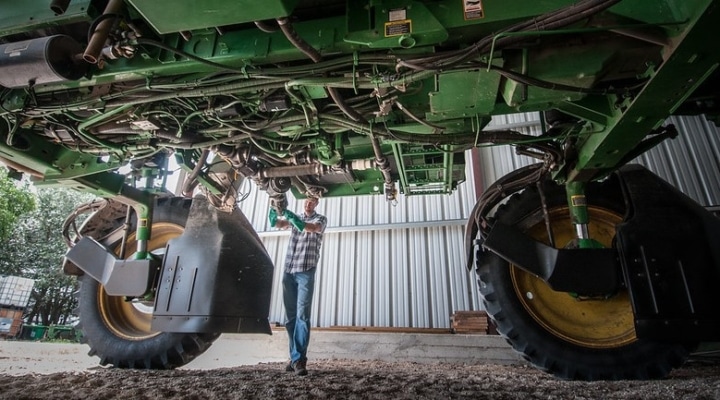 Participants received training in drift mitigation, pesticide emergencies, and protection for pollinators. It also focused on making sure all involved in pesticide applications are effectively communicating and working in concert, said Spray Safe officials. (U.S. Department of Agriculture, Public Domain)

Joined by prominent elected officials and high-ranking regulators, participants received training in drift mitigation, pesticide emergencies, and protection for pollinators. It also focused on making sure all involved in pesticide applications are effectively communicating and working in concert, said Spray Safe officials.

“Spray Safe reinforces California’s current pesticide regulations and requirements, which are already some of the toughest in the world,” said Renee Pinel, the President & CEO of the Western Plant Health Association, which was a sponsor of the event.

“The safe use of pesticides is a top priority for the citrus industry,” said Casey Creamer President & CEO of California Citrus Mutual, another major sponsor. “Educational events such as Spray Safe ensure the safety of our employees and the surrounding communities. We are proud to be one of the many agricultural groups coming together for the protection of our farms, employees, and communities.”

Creamer underscored that Spray Safe is “an example of the agriculture industry acknowledging a problem and implementing a solution proactively.”

“The best thing about the Spray Safe program is that it empowers thousands of workers to speak out if they have any concerns about a pesticide,” said Hernan Hernandez, the Executive Director of the California Farmworker Foundation, a Delano-based organization dedicated to creating a better future for the state’s farmworkers. “Farmworkers need to know what to do in an emergency. It speaks volumes that today’s event was conducted in both Spanish and English.”

“California has the nation’s strictest pesticide regulations, but it remains DPR’s highest priority to make sure all Californians are aware of the rules and are protected from potential harm,” said Val Dolcini, Director of DPR. “Pesticides touch our air, water, and land. Today and every day, we’ll continue to ensure that these tools are used in a manner that’s both safe and smart.”

The event is one of many such Spray Safe classes conducted over the years.

“Programs like Spray Safe have trained thousands of people,” said Bill Hume, with Simplot Grower Solutions who helps lead the worker safety classes. “We always want to make sure we continue to keep farmers and farmworkers up to date on the latest technology, regulations and best practices.”