Home » Lexington student is Aggie of the Month
leadership 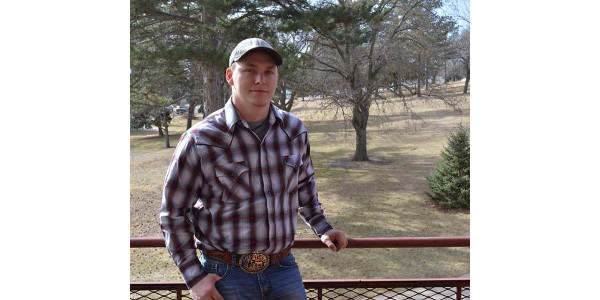 Kristian Seberger, of Lexington, Neb., is a diversified agriculture major at the Nebraska College of Technical Agriculture in Curtis. In February, he was named NCTA Aggie of the Month. (Eric Reed/NCTA Photo)

CURTIS, Neb. — Kristian Seberger, a diversified agriculture major at the Nebraska College of Technical Agriculture at Curtis, has been named Aggie of the Month.

Seberger was selected from nominations by faculty and staff as the NCTA Aggie for February, announced Ron Rosati, NCTA dean.

The sophomore student from Lexington, Neb., graduated from Overton High School in 2015 and said he knew right where he wanted to attend college.

“I never considered going anywhere else,” he said, after growing up on a feedlot and working for a local irrigation company. “I really liked the campus and wanted to come to NCTA.”

Seberger was nominated for Aggie of the Month by his agriculture mechanics instructor Dan Stehlik, who described Seberger as “an excellent student, helpful, cheerful, and responsible.”

“Kris is delightful to have in class,” Stehlik noted. “He responds to new ideas, discussion, and has demonstrated responsibility and helpful cooperation many times for many persons.”

He also works on the NCTA campus farm where he commits a busy 20 hours weekly to feed livestock, haul hay, fix fence, grind hay and helps to maintain campus roadways.

His supervisor, NCTA Farm Manager Roy Cole, seconded his nomination saying, “Kris is willing to do what needs to be done.  He’s conscientious, works hard and is always smiling. He is always willing to help the other students, and helps with training.”

Additionally, Seberger is an NCTA tutor, advising a student with homework, ensuring his assignments are submitted on time, and helping with test prep.

“I really like it here, it’s a friendly campus and the teachers support you so that you can learn a lot and can take something from each course,” he noted.

Academic highlights this final semester include Business and Technical Writing, and Personal Finance.

“In Dan Stehlik’s ag mechanics classes there is a lot of hands-on learning and I really like that,” he added. “Dr. Ramsdale’s classes are very informative. I have learned a lot about managing irrigation.”

After receiving his associate degree at commencement on May 4, Seberger will return to Lexington for a career as an irrigation technician with Landmark Irrigation, applying his skills in center pivot installation, equipment repairs, electrical trouble-shooting and working on pivot gear boxes.

“I get a lot of variety and work done. It’s hot, hard work in the summertime, but I enjoy it,” he says.

NCTA students are nominated to be considered for the monthly award, with an Aggie of the Year named at an evening awards ceremony in May.

NCTA is an open enrollment, two-year institution with a statewide mission as part of the University of Nebraska system.  It is fully accredited by the Higher Learning Commission.  Additional information is available at ncta.unl.edu or by calling 1-800-3CURTIS. 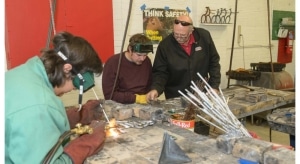 CURTIS, Neb. — Dan Stehlik is a lifelong learner and educator. The Dorchester, Neb., native and Curtis resident has taken what he’s learned as a farmer, livestock producer and teacher in Kansas and Nebraska, and applied his “learning by doing” philosophy to 29 years of high school and college agricultural programs. Stehlik approaches academic instruction […] 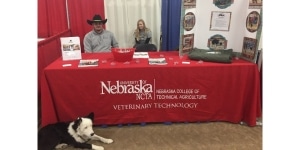 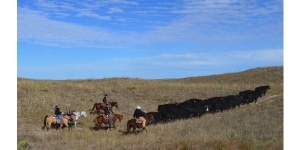 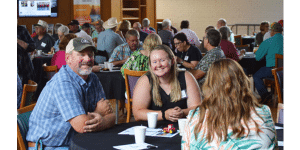 CURTIS, Neb. — Loyal graduates and friends of the “Curtis Aggies” high school and college alumni showed up for Aggie Alumni Day on June 26, surpassing attendance goals for organizers. “We had a terrific turnout to help our alumni celebrate 108 years in Curtis,” said David Fulton of Pleasanton. “Everyone really seemed to enjoy the […] 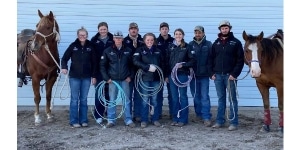 Make It With Wool winners