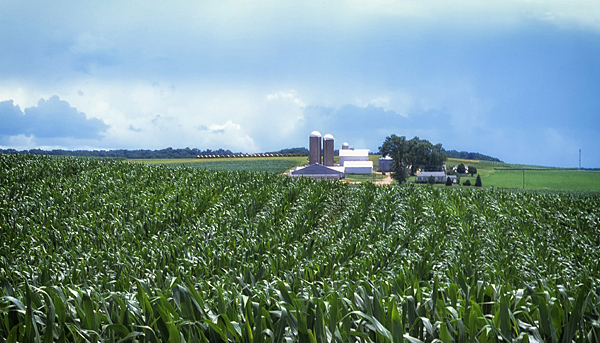 CAMP HILL, Pa. — Know a Pennsylvania farmer or forester who goes above and beyond in the care and management of natural resources? Nominate them for the 2019 Pennsylvania Leopold Conservation Award®.

Sand County Foundation, the nation’s leading voice for conservation of private land, presents the Leopold Conservation Award to private landowners in 13 states for extraordinary achievement in voluntary conservation. In Pennsylvania, the $10,000 award is presented with Pennsylvania Farm Bureau and Heinz Endowments.

Given in honor of renowned conservationist Aldo Leopold, the award recognizes landowners who inspire others with their dedication to land, water and wildlife habitat management on private, working land. In his influential 1949 book, “A Sand County Almanac,” Leopold called for an ethical relationship between people and the land they own and manage.

Nominations may be submitted on behalf of a landowner, or landowners may nominate themselves. The application can be found at https://sandcountyfoundation.org/uploads/PA-2019-CFN.pdf.

“The Heinz Endowments’ sustainability program promotes community health and vitality through sustainable food systems, and as part of this work we are pleased to cosponsor the Leopold Conservation Award. We believe the Leopold Conservation Award, and the outstanding leadership in agriculture that it recognizes, plays an important role in encouraging the continued growth of Pennsylvania’s sustainable agriculture movement,” said Andrew McElwaine, Vice President of Sustainability for Heinz Endowments.

“We are excited about the opportunity to once again encourage farmers to participate in the Leopold Conservation Award application process after a successful inaugural effort in 2018. Last year, farm families representing a wide variety of farm types and commodities, provided detailed information about the substantial actions they have taken to improve the environment,” said Pennsylvania Farm Bureau President Rick Ebert. “We are proud of the thousands of farmers across the state who have demonstrated a strong commitment to enhancing the environment through conservation and best management practices that improve soil health and water quality, while reducing erosion. We hope to recognize more of those farmers through this year’s award application process.”

“Pennsylvania’s farm culture is deeply committed to conserving our soil and water resources for future generations,” Pennsylvania Agriculture Secretary Russell Redding said. “Highlighting that culture of stewardship to a non-farming audience is one of the most important stories we tell every year at the Pennsylvania Farm Show. It is a privilege to provide the state that shines a spotlight on the Leopold Conservation Award and the outstanding stewards it honors.”

The Leopold Conservation will be presented at the Pennsylvania Farm Show in January.

The first Pennsylvania Conservation Award was presented earlier this year to Harvest Home Farms, which is owned by the DiFebo family of Bangor.

Changes in cropping methods, climate decoy pintail ducks into an ecological trap
May 28, 2020