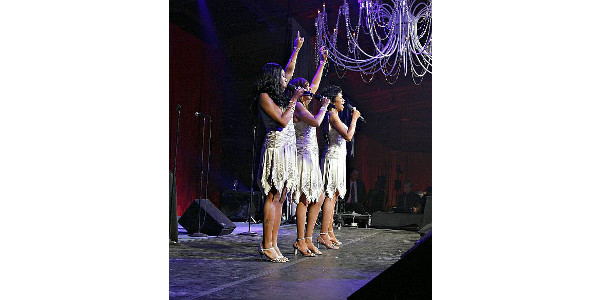 ST. PAUL, Minn. — The lineup is confirmed for the 2017 Minnesota State Fair Leinie Lodge Bandshell Tonight! series sponsored by Jacob Leinenkugel Brewing Co. All performances are free with fair admission. Note: The lineup of all other free entertainment, which includes more than 900 shows throughout the Great Minnesota Get-Together’s 12-day run has already been announced and is available at mnstatefair.org.

Photos: A gallery of high-resolution Bandshell Tonight! photos is available for media use at:
https://www.dropbox.com/sh/rz151c3ja7uu6jz/AACNR0vJQ9TJfrHDA-rPThkaa?dl=0
or
http://gallery.mnstatefair.org/media/17-MSF-BST/index.html

About The Pointer Sisters: With a career spanning more than four decades, the genre-bending Pointer Sisters have secured a place in music history as a dynamic female group. The group’s 1973 debut album featured the single “Yes We Can Can,” which reached No. 11 on Billboard’s pop chart. The follow-up album, That’s A Plenty, featured the country tune “Fairytale,” which won the group a Grammy Award and landed them a spot as the first-ever black female group to perform at the Grand Ole Opry. In 1983, the Pointer Sisters released Break Out, which included some of the group’s biggest hits, including “Jump (For My Love)” and “I’m So Excited.” Those singles helped them become a mainstay on MTV, and the album earned the group two Grammy Awards. In recent years, the Pointer Sisters have maintained a busy touring schedule across the world.

About Chris Janson: Country artist Chris Janson is a natural entertainer. He plays every instrument on stage and is best known for his signature harmonica playing. Although his professional music career began more than 10 years ago, last year he broke through with the No. 1 Platinum single “Buy Me A Boat,” the 7th-bestselling country song of the year.
The “Holdin’ Her” singer has written multiple top-charting hits, including Tim McGraw’s “Truck Yeah” and “That’s How I’ll Always Be,” LoCash’s “I Love This Life” and more than 25 hit songs recorded by a long list of established artists. Janson has played the Grand Ole Opry more than 145 times, has been nominated for multiple awards, and won Country Song of the Year at the iHeartRadio Music Awards in 2016. His newest single “Fix A Drink” recently came out ahead of his upcoming album release this summer.

About Tanya Tucker: Tanya Tucker, a defining voice of country music and a modern-day legend, was signed to a record deal and recorded her debut single “Delta Dawn” at age 13. The single earned a Grammy nomination for Best Female Country Vocal Performance and launched Tucker into the national spotlight during her early teenage years. In 1972, she earned the Top New Female Vocalist award from the Academy of Country Music. With a wildly growing career at such a young age, the Tucker craze continued with her first No. 1 single in 1973, “What’s Your Mama’s Name.” After a slew of hits in the 1980s, she released “Two Sparrows in a Hurricane” and “It’s a Little Too Late,” which made her one of the best-selling artists in country music. Tucker continues to release new music and tour the country with her classic yet edgy performances.

About Foghat: Formed in London in 1971, Foghat is an iconic rock band that has yet to stop recording music and touring the world. The group has achieved eight Gold records, one Platinum record and one Double Platinum record. In 1972, Foghat released its self-titled debut album, and in the following years, the band released a number of albums that went Gold. It was in 1975, off Fool for the City, the mega-hit “Slow Ride” was released and climbed to No. 20 on the U.S. singles chart. 1977’s Foghat Live went Double Platinum, and hits such as “Drivin’ Wheel,” “Stone Blue” and “Third Time Lucky (First Time I Was a Fool)” followed. Most recently, the band released a completely fan-funded studio album titled Under the Influence.

About Hippo Campus: Hailing from St. Paul, Minn., indie rock band Hippo Campus formed in 2013 after meeting at Saint Paul Conservatory for Performing Artists, where Jake Luppen (vocals/guitar), Nathan Stocker (guitar/vocals), Zach Sutton (bass) and Whistler Allen (drums/vocals) all attended high school. In 2014, the band independently released the EP Bashful Creatures, and it was re-released to considerable airplay in 2015 after the group signed with a record label. Most recently, the band released its first full-length album Landmark, which featured the single “Boyish.” After the release, the group embarked on an international tour, performing crowd favorites such as “Monsoon,” “Way It Goes,” “Little Grace” and “South.”

All performances are free with fair admission. Pre-fair discount gate admission tickets are available by phone through Etix at (800) 514-3849, at Minneapolis Visitor Information, participating Cub stores, the State Fairgrounds Ticket Office and many locations in greater Minnesota and Hudson, Wis. (while supplies last) through Aug. 23. Children under age 5 are always free. Visit mnstatefair.org/tickets_discounts/admission.html for pre-fair discount pricing and locations.