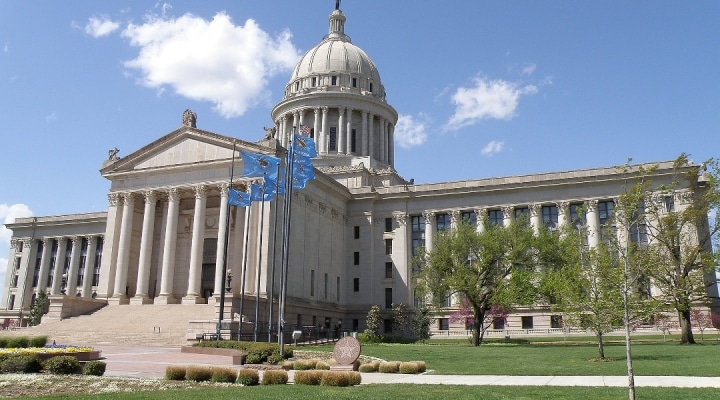 The Oklahoma Senate canceled all activities for three days and the House of Representatives shut their doors for one day. Coming at one of the busiest times in the legislative calendar, these delays could result in problems over the next few weeks. (Jim Bowen, Flickr/Creative Commons)

OKLAHOMA CITY — As was the case with most of the rest of life in Oklahoma, winter weather heavily impacted week three of the 2021 legislative session. The Oklahoma Senate canceled all activities for three days and the House of Representatives shut their doors for one day. Coming at one of the busiest times in the legislative calendar, these delays could result in problems over the next few weeks. Similar to the furious final weeks of the 2020 session, dangerous things can get moved along in the process without the proper consideration when unusually large amounts of legislation are hurried through in a short period of time.

One bright spot during a difficult week came from the State Board of Equalization meeting on Tuesday, Feb. 16, where the 2022 fiscal year revenue estimate was increased by $1.2 billion or 13.9% over its December projection. The new number will be used by the state Legislature to craft the coming fiscal year’s state budget. Many of Farm Bureau’s priority issues such as funding for the Oklahoma Cooperative Extension Service as well as road and bridge repair could now be more successfully addressed this session.

Even with the interrupted schedule, some legislative work did continue at the state Capitol. Many bills were laid over and pulled from consideration by committee chairs due to their authors being stuck in the snow or otherwise unable to participate. OKFB continued negotiating with stakeholders from the petroleum industry and other landowner groups over the proposed terms of several bills intended to limit the liability to critical infrastructure sectors from certain types of nuisance lawsuits.

The next few weeks will see the arrival of the first committee deadlines, which is traditionally where the most unpopular ideas pop up into the system. The OKFB public policy team will be at the state Capitol every day to make sure a thorough review is conducted of every legislative proposal.

NCBA President: Beef is, and always will be sustainable

From Aggieland to Capitol Hill
November 23, 2021