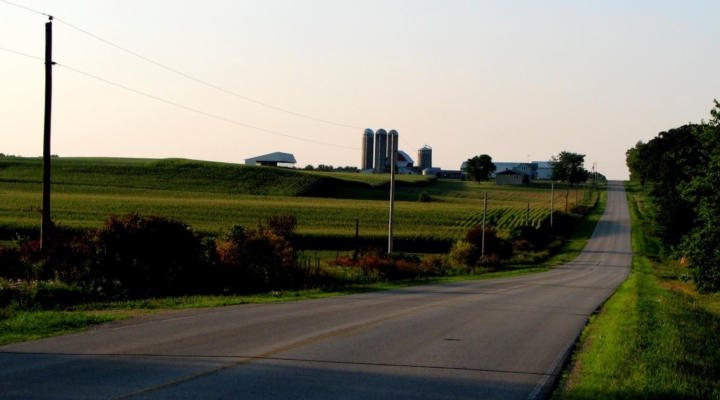 The legislation applies only to non-commercial licenses and learning permits, and is supported by agricultural organizations, such as the New York Vegetable Growers Association the Northeast Organic Farming Association. (PJ Nelson, Flickr/Creative Commons)

ALBANY — The State Senate has passed the “Green Light” bill, ensuring that all drivers on New York roads are able to apply for a New York State driver’s license. The legislation, which passed the Assembly last week, will allow the state to issue driver’s licenses regardless of immigration status, including to seasonal farm workers. It also ensures the privacy of information supplied to county clerks’ offices.

“As Chair of the Senate Agriculture Committee, I have heard from agricultural organizations and individual farmers from across the state about the importance of this bill for providing farm workers in New York the opportunity to drive themselves to work, to the store, to the doctor, or simply take their kids to school,” explained Senator Jen Metzger. “It is also common sense that proper licensing, testing and insurance for all drivers in our state will make our roads safer and bring down insurance costs for everyone, while generating revenue for counties through application fees.”

The legislation applies only to non-commercial licenses and learning permits, and is supported by agricultural organizations, such as the New York Vegetable Growers Association the Northeast Organic Farming Association. The legislation is also supported by the Business Council of New York State, New York’s largest business association, which argues that the legislation will support local businesses and billions of dollars in economic activity.

“We recognize the overall benefits that Green Light provides to farm workers in improving their quality of life while working in New York State,” said Rick Zimmerman of the New York State Vegetable Growers Association. “We also appreciate the strong confidentiality provisions to ensure that information collected from registering for a driver’s license will not be used to target seasonal workers.”

“Farms are located in rural areas, and without driver’s licenses or access to cars, farm workers are often left isolated and dependent on their employers for transportation,” explained a fourth-generation farmer in the Black Dirt region of Orange County. “Green Light will give farm workers more flexibility and freedom, and help farmers who often dedicate considerable time to transporting employees to stores, banks, and doctors’ appointments. I greatly appreciate Senator Metzger’s support for this legislation.”

Statewide, the Fiscal Policy Institute estimates that this legislation will result in $83.9 million in government revenues over the first three years and $6.4 million in recurring revenue thereafter. In Connecticut, where a similar policy was implemented four years ago, there have been almost 4,000 fewer unlicensed driving convictions and hit-and-run crashes have dropped 9% between 2016 and 2018.

–The Office of Senator Jen Metzger