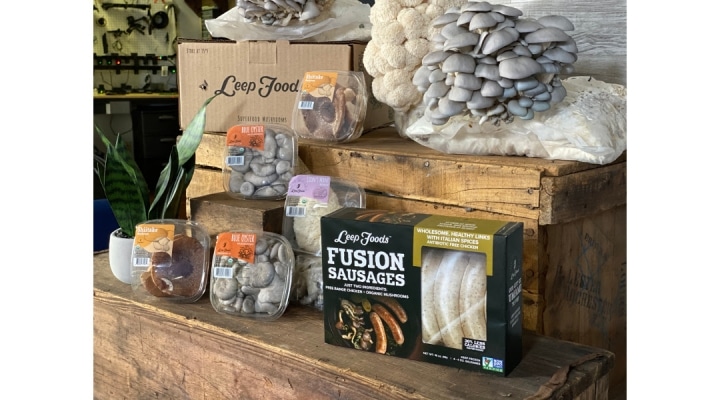 ROCHESTER, N.Y. — Leep Foods, a Rochester-based grower of premium organic mushrooms, has been awarded third place and a $250,000 prize in the 2020 Grow-NY food and agriculture competition. The company beat out 260 applicants from 27 countries and 26 states within the United States.

“This award is great recognition for what we have accomplished and our plans for the future,” said Jeff Adair, CEO of Leep Foods. “I am so proud of our team’s passion and innovation in producing the highest quality and environmentally-friendly mushrooms on the market.”

Leep Foods grows mushrooms on nutrient-enriched American hardwoods in a way that regenerates soil. George Zhang, one of the three founders of the company, developed the process while he was a student at Rochester Institute of Technology. Unlike most commercial mushroom growers who use manure, Leep Foods farms their Lion’s Mane, Blue Oyster and Shiitake mushrooms in a modern indoor farm in Chili.

The mushrooms are available to consumers at Tops, Wegmans and other retailers and are preferred by top restaurant chefs. Recently, the company added two-ingredient burgers with grass-fed/grass-finished beef and organic superfood mushrooms to its product line. Leep Foods also added blended chicken sausage to its offerings. The blended meat products are available online at QVC and Thrive Market.

In September, the company sold out of 5,000 pounds of their blended chicken sausage during their second QVC appearance.

The Grow-NY panel of judges awarded Leep Foods the $250,000 in prize money based on the viability of commercialization, its business model, customer value, food and agriculture innovation, the potential to create jobs in the region, and the quality of its team. During the competition, Leep Foods also was mentored by a business advisor, received pitch training, and was connected with potential partners and opportunities.