Home / Pennsylvania / Lebanon County native named 2019 Pa. Dairy Princess
A new user experience is coming! We'll be asking you to login to your Morning Ag Clips account March 1st to access these new features.
We can't wait to share them with you! Read more here. 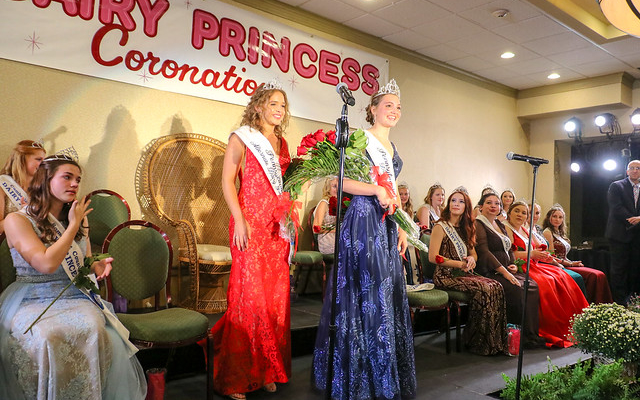 Paige Peiffer of Lebanon, Lebanon County, will represent the state’s dairy industry at events across the state for the next year as its 63rd Pennsylvania Dairy Princess. For the next year, Peiffer and her state royalty teammates will represent Pennsylvania’s dairy industry and its 6,650 dairy farm families. (photo by All-American Dairy Show, creative commons/flickr.com)

HARRISBURG, Pa. — Paige Peiffer of Lebanon, Lebanon County, will represent the state’s dairy industry at events across the state for the next year as its 63rd Pennsylvania Dairy Princess. For the next year, Peiffer and her state royalty teammates will represent Pennsylvania’s dairy industry and its 6,650 dairy farm families. Dairy is the state’s top agriculture industry sector, contributing nearly $14.7 billion to the economy and supporting more than 52,000 jobs across the state.

“Pennsylvania’s dairy industry effectively empowers and engages its youth to be advocates for dairy and all of agriculture,” said Agriculture Secretary Russell Redding. “In particular, Pennsylvania Dairy Princess and Promotion Services has for more than six decades molded young ladies into leaders and life-long promoters of dairy and agriculture. I look forward to working with this year’s state royalty team to continue to tell the story of agriculture.”

Her coronation on Saturday, Sept. 21, concluded a three-day competition with 28 other county dairy princesses. Paige, the 17-year-old daughter of Ammon and Brenda Peiffer, was crowned by outgoing state princess Brooke Emery of Alexandria, Huntingdon County.

Contestants were judged on public speaking, dairy industry knowledge, poise and personality. Each contestant prepared a speech, presentation, radio spot, poster display, and recipe promoting milk and dairy products; submitted a scrapbook of promotion activities; took a quiz on dairy promotion knowledge; and was interviewed by a panel of four judges.

A senior at Cedar Crest High School, Peiffer works alongside her three siblings on the family’s Boxed-In Acres, a 160-cow Holstein dairy farm. She is her FFA chapter vice-president and a member of National Honors Society and the girls’ volleyball team. Outside of school, she is in the No So Ann Dairy 4-H Club, the Lebanon County Junior Holstein Association, and the PA Junior Holstein Association. Peiffer was runner-up with her speech and took honorable mentions in the dairy knowledge, presentation, and radio spot competitions.

Two alternates were also selected during the evening. Frist alternate is Bedford County Dairy Princess Denae Hershberger of Martinsburg, Bedford County. The 17-year-old daughter of Ross and Yvonne Hershberger, she is a senior at Northern Bedford County High School, where she is a multi-sport athlete and FFA member. Beyond school, she is vice-president of Southern Cove Dairy and Livestock 4-H Club and works on the family farm and at Cove Creamery. She secured an honorable mention with her speech.

Second alternate is Blair County Dairy Princess Vannika Rice, 18, of Williamsburg, Blair County. The youngest of five siblings, Vannika assists parents David and Terella Rice with the family 50-cow dairy, Clover Creek Cheese Cellar. She is a member of the Williamsburg FFA, earning her Keystone Degree, and exhibits Milking Shorthorn cattle at local shows. She took top honors with her radio spot and in the dairy knowledge competition, and received honorable mention for her presentation and speech.

In addition to Peiffer, Hershberger, and Rice, the four other selected finalists were:

2018-19 Centre County Dairy Princess Gabrielle Swavely, 20, of Pennsylvania Furnace, received the Tina M. Shultz Award, which recognizes the princess who has done the most effective job of serving her area as dairy princess. 2018-19 Wyoming-Lackawanna Dairy Princess received the Jan Harding-Ruslavage Perseverance Award, which recognizes a princess who is a leader in county dairy promotions, excels in dedication to the program, and perseveres through personal challenges and adversity in order to represent the dairy industry.

Outgoing state princess Brooke Emery, 22, of Alexandria, Huntingdon County, received the William C. Nichol Appreciation Award and $1,000 scholarship, which is awarded to the state dairy princess in recognition of her dairy promotion efforts throughout the year.

–Will Nichols, Pennsylvania Department of Agriculture