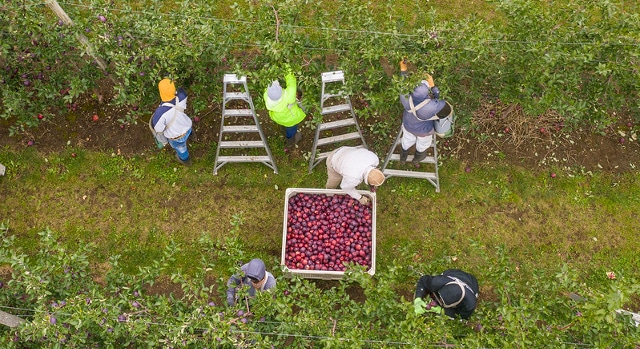 "Please know that if the overtime threshold for New York farm workers is lowered to a level below 60 hours per week, the face of New York agriculture will be irreparably altered and we will no longer remain economically competitive in the crops and commodities that require a labor force," read the letter, in part. (Stock photo via U.S. Department of Agriculture, Public Domain)

ALBANY — A diverse group of agricultural organizations in the state are calling on the 60-hour overtime threshold for farm laborers to remain in place as a New York State Department of Labor wage board determines its fate.

The groups sent a joint letter to Governor Cuomo outlining why a further reduction in the overtime hourly threshold will be detrimental to the livelihoods of farmers and farmworkers across the state and will expedite automation upon the rural landscape. New York farms already face extreme competitive pressure in the marketplace from farms in other states and countries that can easily undercut New York prices needed to sustain a profitable business. Higher labor costs in New York will only exacerbate that problem.

There is no comparison to other industries in New York state when it comes to farm needs and our labor force. Our food supply is perishable. It depends on weather factors and a changing climate. The competitive commodity markets are dictated by the lowest possible price, prices that farmers must take. Only those who direct market straight to the consumer off the farm can dictate what they charge and even then, those prices must be competitive with other farm stands and supermarkets. The COVID-19 pandemic also exposed the fragility of our food system as well as its importance to feed fellow New Yorkers during a time of great need. Without those farms, programs like Nourish NY cannot succeed.

The Farm Laborers Wage Board was mandated by the Farm Laborer Fair Labor Practices Act that became law just this year.  The three-member board held public hearings to hear directly from people in agriculture on what a lower overtime threshold would mean. Farmers and their employees overwhelming described the economic challenges they are facing, especially in a pandemic, and how a lower threshold will likely lead to fewer hours available and less income for employees. Furthermore, the current threshold was agreed upon just last year when all aspects of the farming community and lawmakers came together and negotiated a workable number of 60-hours that struck an appropriate balance to address both the needs of farmworkers and farms.

The letter sent to the Governor reads in part,

“Please know that if the overtime threshold for New York farm workers is lowered to a level below 60 hours per week, the face of New York agriculture will be irreparably altered and we will no longer remain economically competitive in the crops and commodities that require a labor force. As farmers testified this year before the wage board, varieties of vegetables that require hand labor will continue to disappear, increasingly relying on imports from places that do not have strong worker protections like in New York State. Orchards will be pulled in lieu of field crops that only require machines for planting and harvest. Dairy farms will turn to robotic milking machines at a faster rate than today. Our regional and worldwide competitors—who have no such requirements—will only gain advantage from these changes, not New York farmers.”

The letter concludes by asking that the 60-hour threshold remain the same. Agriculture’s future, particularly the next generation of New York farmers and the communities they support and feed, are dependent upon it. 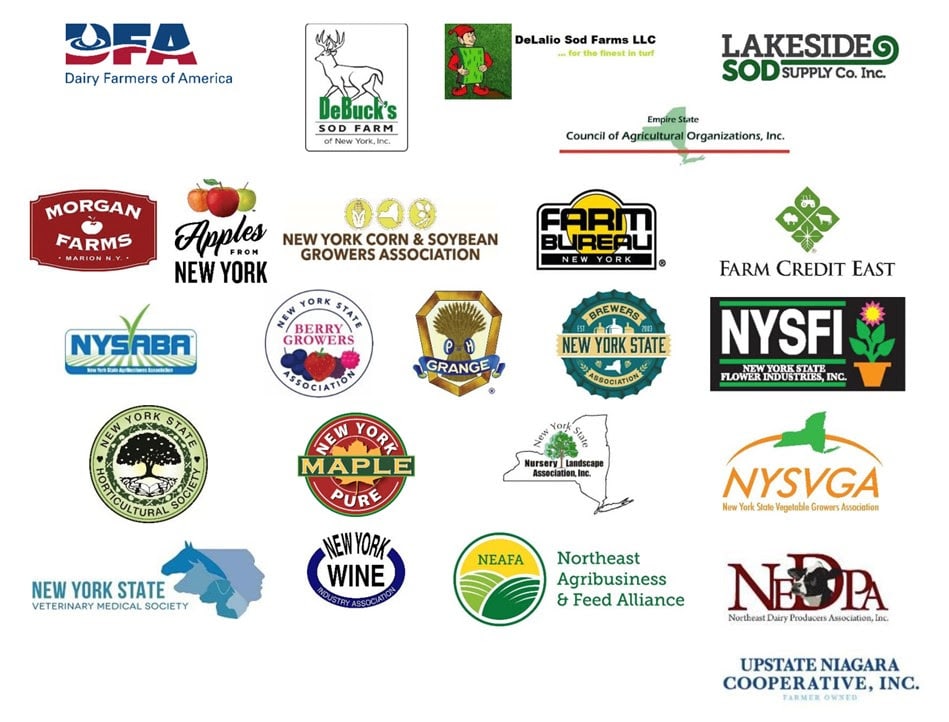