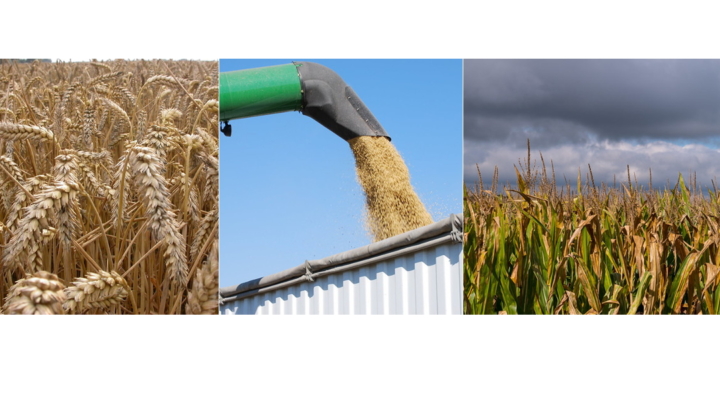 The National Association of Wheat Growers, the American Soybean Association, and the National Corn Growers Association were expecting a deal by March 1 before farmers went back into the fields but saw an escalation of the trade war instead. (Nick Saltmarsh / United Soybean Board / Andrew Seaman; Flickr/Creative Commons)

WASHINGTON — The U.S. Trade Representative has moved forward with increasing the tariff rate from 10 to 25 percent on $200 billion worth of Chinese goods. Farmers across the country are extremely concerned by the actions taken Friday by President Trump and his Administration. The National Association of Wheat Growers, the American Soybean Association, and the National Corn Growers Association were expecting a deal by March 1 before farmers went back into the fields but on Friday saw an escalation of the trade war instead. The three commodities represent around 171 million of acres of farmland in the United States.

“U.S. wheat growers are facing tough times right now, and these additional tariffs will continue to put a strain on our export markets and threaten many decades worth of market development,” stated NAWG President and Texas wheat farmer Ben Scholz. “Further, members from both sides of the aisle and Chambers have reservations about the Section 232 tariffs in the U.S.-Mexico-Canada Agreement. Today’s announcement adds on another political barrier, which may hinder Congressional consideration of the Agreement.”

“We have heard and believed the President when he says he supports farmers, but we’d like the President to hear us and believe what we are saying about the real-life consequences to our farms and families as this trade war drags on,” said Davie Stephens, soy grower from Clinton, Ky., and ASA President. “Adding to current problems, it took us more than 40 years to develop the China soy market. For most of us in farming, that is two thirds of our lives. If we don’t get this trade deal sorted out and the tariffs rescinded soon, those of us who worked to build this market likely won’t see it recover in our lifetime.”

“Corn farmers are watching commodity prices decline amid ongoing tariff threats, even while many can’t get to spring planting because of wet weather. Holding China accountable for objectionable behavior is an admirable goal, but the ripple effects are causing harm to farmers and rural communities. Farmers have been patient and willing to let negotiations play out, but with each passing day, patience is wearing thin. Agriculture needs certainty, not more tariffs,” said NCGA President Lynn Chrisp.

Growers have been reeling for almost a year now after the President first imposed a 25 percent duty on $50 billion worth of Chinese goods in July 2018, and later, a 10 percent duty on an additional $200 billion worth of Chinese products, which resulted in the retaliatory tariffs on U.S. goods. These are having a compounding impact not only on agriculture but all industries across the United States.

Trump says China tariffs help, not hurt the US