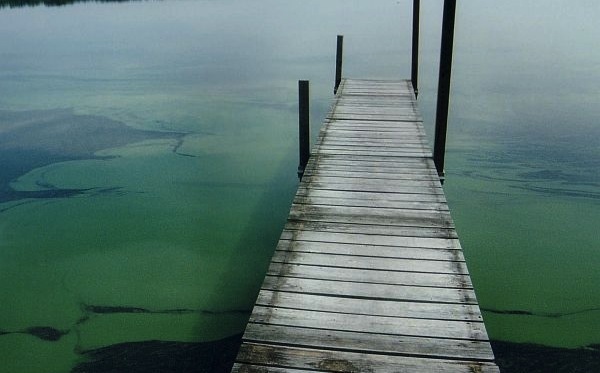 The legislature's Republican leadership began setting up the panel after Kasich issued an executive order calling for a more aggressive approach to limit the farm fertilizer and manure that feeds persistent toxic algae blooms in Lake Erie. (Wikimedia Commons)

The legislature’s Republican leadership began setting up the panel after Kasich issued an executive order calling for a more aggressive approach to limit the farm fertilizer and manure that feeds persistent toxic algae blooms in Lake Erie.

Top Republicans in the legislature complained they weren’t given a chance to play a role in developing such a major policy — a charge that fellow Republican Kasich denied, saying “they had their chance and they blinked.”

Kasich’s directive announced in July seeks to create “distressed watershed” designations in northwestern Ohio that would potentially force thousands of farmers to change how they manage fertilizer and manure.

That order is on hold after the state’s Soil and Water Conservation Commission raised questions about the plan last month.

Members of the newly formed “Toward A Cleaner Lake Erie” legislative panel, described as a bipartisan working group, will meet for the first time next week with more meetings this fall, Republican leaders said Monday.

Chairing the panel will be two Republicans who lead agriculture committees in the legislature: Sen. Bob Hackett from London and Rep. Brian Hill from Zanesville.

A week after Kasich’s order was announced, Hill said that the governor’s proposal targets farmers who already have made changes to reduce agriculture runoff and doesn’t consider other factors that contribute to the algae.

The Kasich administration said earlier this year that the steps farmers have taken aren’t working fast enough for Ohio to reach its goal of significantly reducing how much phosphorus enters the lake by within the next seven years.

Research shows that the largest source, by far, of phosphorus and nitrogen going into the lake comes from farmland.