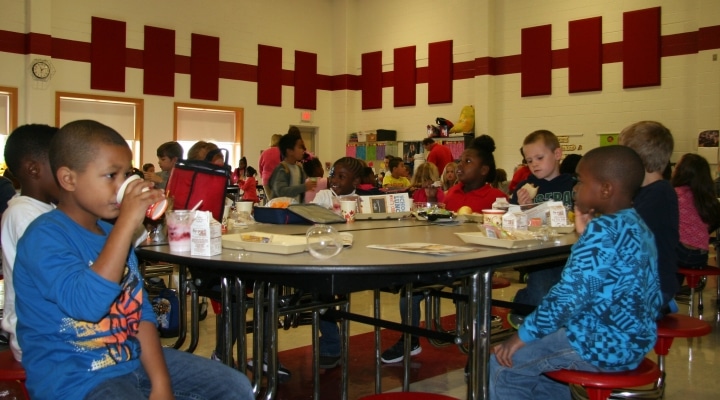 The General Assembly passed a bill that will allow Virginia schools to distribute excess food to eligible students, in an effort to provide another meal to students (photo by Delaware Agriculture, creative commons/flickr/com)

RICHMOND, Va. (AP) — The General Assembly passed a bill that will allow Virginia schools to distribute excess food to eligible students, in an effort to provide another meal to students

“Hunger is real in Virginia,” said Del. Danica Roem, D-Prince William. “And it is pervasive.”

The bill Roem introduced will allow school districts to create a program to distribute excess food to students eligible for the School Breakfast Program or National School Lunch Program administered by the U.S. Department of Agriculture.

The USDA also offers a federally-funded Afterschool Meals program. The program is optional, but Roem said several districts are starting to take advantage of it, including some in Prince William County. Students enrolled in the program are given a meal to take home with them.

Roem wanted the language in her bill to make it explicitly clear that every school district in the state can participate. She said that the use of “may distribute” versus “shall distribute” in the legislation is to allow school districts to figure out their own method.

School breakfasts and lunches might be the only nutritious meals a child receives that day, Roem said. For some students, school lunch on a Friday might be the last meal they eat until Monday morning.

“It doesn’t matter where you are in Virginia, every child should get fed,” Roem said.

Roem, who has since her election to office efforted several pieces of legislation to increase student access to food, said those who opposed such bills often pose the question: “Isn’t it the responsibility of parents to feed their children?”

“We wouldn’t have these programs if every parent in the entire country had to make sure that their kid goes off to school with a brown bag every day,” she said, slamming down her own bagged lunch. “But that’s not the reality.”

The reality, she said, is that kids get hungry and kids go without food. Roem said although people complain about tax dollars and free markets, it is a responsibility of schools and governments to feed children.

Matthew Stanley, the director of advocacy and outreach at Richmond Public Schools, said Roem’s bill is important to RPS and in alignment with their values. Stanley said that RPS is part of the Community Eligibility Provision, a program run by the USDA which provides free meals to students in the highest poverty school districts. Eligible schools are reimbursed for the distributed free meals. According to data from the Department of Education, all RPS schools are eligible for free lunch programs.

RPS sends meals home with children before long weekends or planned cancelations and also works with the city and the school districts’ student health services to provide meals during the summer, he said. Summer meals are distributed at city community centers to members of meal programs and others who are eligible.

“We really try to do everything we can,” Stanley said.

A Title 1 school is a federal designation that allocates more aid and funding to schools in high-poverty areas or with a high-poverty student body. There are 767 in the state. Students at these schools receive federally funded free meals.

Roem pointed out that in Prince William, the district she represents, they are already utilizing food distribution programs. She wants to expand access and “make it work for everyone.”

“It is part of the social contract that children do not go hungry in America, and that means that we need to do everything in our power to curtail that and to stop making it pervasive,” Roem said.

Roem also recently passed a bill that will help individuals in Virginia with an annual income of less than $3,600 get a hot meal with their food stamps, from certain restaurants.