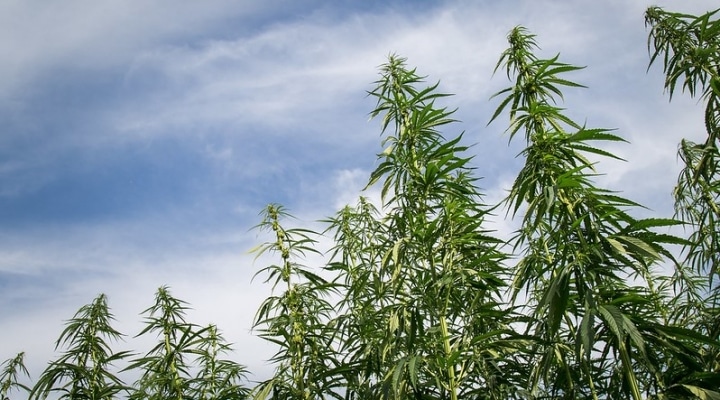 The world-class facility will position Texas — and the United States — as a globally recognized leader in the processing of sustainable hemp fiber and hurd for industrial applications. (Maja Dumat, Flickr/Creative Commons)

DALLAS & WICHITA FALLS, Texas — Dallas-based Panda Biotech has selected Wichita Falls, Texas, to be the home of the largest and most state-of-the-art industrial hemp processing center in the United States. The Panda Texas Plains Hemp GinTM will also be the first facility in the nation to cottonize hemp fiber on a commercial scale for the American textile industry and export customers. In addition, Panda Biotech’s Hemp GinTM is likely the only facility in the world dedicated to both the processing and cottonization of hemp fiber in industrial quantities outside of the People’s Republic of China.

The world-class facility will position Texas — and the United States — as a globally recognized leader in the processing of sustainable hemp fiber and hurd for industrial applications.

Panda Biotech has contracted for a 500,000 square foot facility and surrounding 97-acre campus that was formerly the home of General Motors’ Delphi assembly plant.

The company plans on installing the largest industrial hemp decorticating, or processing, equipment ever used to separate the outer bast fiber from the inner woody core, or hurd. Panda Biotech’s top mechanical engineers worked with a leading international equipment manufacturer to “super-size” their existing line of decorticators. At full production, the two 10-ton/hour decorticators are expected to process close to 300 million pounds of Texas-grown industrial hemp per year. The fiber will be refined for textile applications, and the hurd will be processed for a variety of industrial purposes. Panda estimates the two decortication lines will generate approximately $30,000,000 per year for Texas farmers.

The first processing line is currently being manufactured and is on schedule for delivery in Dec. of 2020. Panda Biotech expects its Wichita Falls facility to commence partial operations in 1Q2021 and both lines to be fully operational by 1Q2022. Panda will fill contracts with Texas agricultural producers in the region for the 2021 growing season.

The only U.S. facility dedicated to commercial hemp cottonization

The Panda Texas Plains Hemp GinTM represents a significant advancement in the domestic supply chain for textile-grade hemp fiber as it is the first and only facility in the United States dedicated to both the decortication and degumming, or cottonization, of hemp fiber on a commercial scale. The “cottonization” process removes the lignin that binds hemp fibers together in bundles and “opens” them for further refinement. Once “cottonized,” the hemp fiber is ready to be seamlessly blended with other natural or man-made fibers — such as cotton, silk, wool and polyester — and spun into yarns that will be knit or woven into fabric.

Panda Biotech has successfully cottonized hemp fiber decorticated on smaller versions of the equipment to be installed later this year on its Wichita Falls campus. The fiber was subsequently spun into yarn, knit into fabric, printed, and cut and sewn into fully finished, high-end apparel.

The company is working with a number of well-known brands to develop yarn blends in multiple counts, from 8s — 40s, for sustainable and innovative textiles that will use Panda Biotech’s proprietary cottonization process. Panda is also in discussions with industry leaders in the construction and composite sectors for the purchase of hurd.

At full production, Panda Biotech expects its Wichita Falls facility to annually produce more than 35 million pounds of apparel-grade, cottonized hemp fiber suitable for use in a variety of yarns for knit and woven textiles.

Several unnamed cities vied for the opportunity to be the home of the Panda Texas Plains Hemp GinTM facility. Panda Biotech made the award to Wichita Falls based on an available outstanding facility, the city’s geographical location, access to highly experienced Texas producers, an excellent workforce, a low cost of living and pro-business community. On July 7, the Wichita Falls City Council unanimously approved an incentive package to attract Panda Biotech to the city.

“After conducting a state-wide search of potential buildings, in addition to meeting with officials in various cities, we selected Wichita Falls as the perfect location for Panda Biotech’s flagship hemp processing center, said Scott Evans, executive vice president of Panda Biotech. “The facility we’re moving into boasts 11 acres under roof and enough land to allow for expansion into strategic, new business endeavors that Panda is planning.

“In addition to the local agricultural community, city and county officials have been outstanding to work with and supportive of what they expect to be a global calling card for Wichita Falls as the hub of the next multi-billion-dollar industry,” added Evans. “We’re very excited that this facility will not only help to supply a growing worldwide demand for industrial hemp fiber, but also help to create a new, sustainable industry.”

“Panda Biotech’s vision for the industrial hemp industry is unparalleled, and we’re ready to partner with them to build something extraordinary,” said Henry Florsheim, president and CEO of the Wichita Falls Chamber of Commerce. “This project will have a tremendous impact on our agricultural community and our manufacturing sector at a time when many communities are struggling with economic development. With Panda’s efforts and our support, Wichita Falls will become the worldwide epicenter of industrial hemp research, processing and product development.”

In the lead up to today’s announcement, Panda Biotech helped to jumpstart the Texas hemp industry by donating 60 tons of free hemp fiber seed to Texas agricultural producers in May of this year. Producers subsequently planted hemp fiber fields in every agricultural region across Texas. Panda donated the seed to help farmers gain valuable experience from their first trial crop of industrial hemp including an understanding of how the hemp seed responded to their local soil and climate conditions.

The earth’s most sustainable crop

Hemp is widely regarded as the most green and sustainable crop on the planet. Hemp requires 70% less water than most major crops used in the manufacture of textiles. In addition, hemp requires very little herbicides, fungicides or pesticides, and has significant soil remediation qualities. Industrial hemp agriculture has been scientifically proven to minimize carbon dioxide (CO2) emissions, absorbing more CO2 per acre than any forest or commercial crop.

Industrial hemp used for manufacturing applications is highly valued for its natural durability and environmental sustainability. The processed fiber, hurd and cellulose from industrial hemp can be used in the production of a multitude of products including textiles, a wide array of building materials, paper products, automotive components, nanomaterials, composites and bioplastics. In addition, research indicates that hemp-based supercapacitors offer a less expensive alternative to materials currently used in rechargeable batteries for applications such as smartphones and electric cars. As a result, industrial hemp is poised to transform numerous multi-billion-dollar industries.

Formation and growth of the industrial hemp industry

The U.S. hemp industry was made possible due to the passage of the federal Hemp Farming Act of 2018. Panda Biotech was subsequently formed after the provisions of the Act were incorporated in the 2018 U.S. Farm Bill that was signed into law by President Trump on Dec. 20, 2018. Both chambers of the Texas state legislature unanimously passed House Bill 1325, that was signed into law on June 10, 2019, by Texas Governor Greg Abbott. On January 27, 2020, the USDA approved Texas’ hemp regulations. The Texas Department of Agriculture began issuing licenses for the growing, handling and processing of hemp on March 16, 2020. The law ensures Texas farmers are able to participate in a rapidly growing industry with a new viable crop option that should be a boon to rural economies.

The global industrial hemp market has been projected to grow from $4.6 billion in 2019 to $26.6 billion by 2025 driven largely by eco-conscious consumers who increasingly require environmentally friendly products and services.

Panda Biotech’s executive leadership has extensive experience developing, financing, constructing and operating large-scale industrial facilities including natural gas, solar, hydroelectric and biomass energy projects. They have developed 22 projects since 1982 representing more than $12 billion in invested capital. Additional information on Panda Biotech can be found at www.pandabiotech.com. Follow us on Instagram, Twitter and LinkedIn.