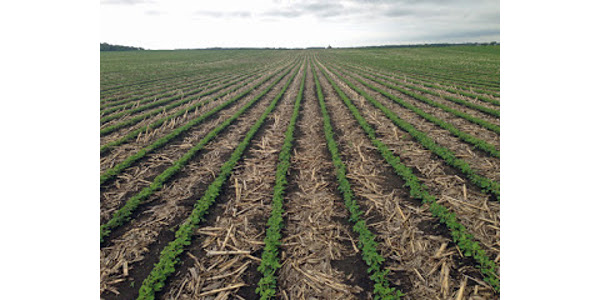 Land O’Lakes, Inc. kicked off the third season of its Something Greater podcast recently with a conversation about the future of carbon markets and sustainable farming. Specifically, the podcast discussed Truterra’s inaugural carbon program, which launched in early 2021 and paid more than $4 million in total to farmers for sequestered carbon. (University of Minnesota Extension)

ARDEN HILLS, Minn. — Land O’Lakes, Inc. kicked off the third season of its Something Greater podcast recently with a conversation about the future of carbon markets and sustainable farming. In the episode, Jason Weller, president of Truterra, the sustainability business of Land O’Lakes, and Lukas Fricke, a Nebraska farmer, discussed how farmers can be compensated for implementing sustainable practices.

Specifically, the two discuss Truterra’s inaugural carbon program, which launched in early 2021. By year-end, the program paid more than $4 million in total to farmers for more than 200,000 metric tons of sequestered carbon.

“From our perspective, farmers offer the most cost competitive and best source of carbon removal services. And they use a technology that nature invented about three and a half billion years ago called photosynthesis,” said Weller. “By harnessing photosynthesis, farmers can be cost competitive, grow food, restore natural resources, and put the carbon back into the ground… Without carbon in your soils, you have desert. So as you improve organic matter and carbon content in your soils, you’re improving crop productivity, crop yield, resilience, profitability in the acre. So it’s a natural kind of virtuous circle.”

Fricke, a participant of the program, explains how changing his tillage practices led him to sequestering a couple metric tons of carbon. He also talks about the value of working with trusted partners in this emerging space.

“I think the coolest part about what the carbon program has shown us is that conventional agriculture has a seat at the table,” said Fricke. “And we can take small steps to make a large-scale impact. So it’s super easy to get involved in these marketplaces: I changed one practice on our farm, and I was able to sequester a couple metric tons of carbon on one field. And that led to creating real significant change in the environment.”

Something Greater is an ag business and innovation podcast hosted by Land O’Lakes Chief Communications Officer, Kim Olson. It brings together industry leaders for conversations about unlocking farming potential and changing the world for the better. You can listen to it on Apple Podcasts, Google Podcasts, Spotify, Amazon Music and more.

Land O’Lakes, Inc., one of America’s premier agribusiness and food companies, is a member-owned cooperative with industry-leading operations that span the spectrum from agricultural production to consumer foods. With 2020 annual sales of $14 billion, Land O’Lakes is one of the nation’s largest cooperatives, ranking 219 on the Fortune 500. Building on a legacy of more than 100 years of operation, Land O’Lakes today operates some of the most respected brands in agribusiness and food production including Land O’Lakes Dairy Foods, Purina Animal Nutrition, WinField United and Truterra. The company does business in all 50 states and more than 60 countries. Land O’Lakes, Inc. corporate headquarters is located in Arden Hills, Minnesota.