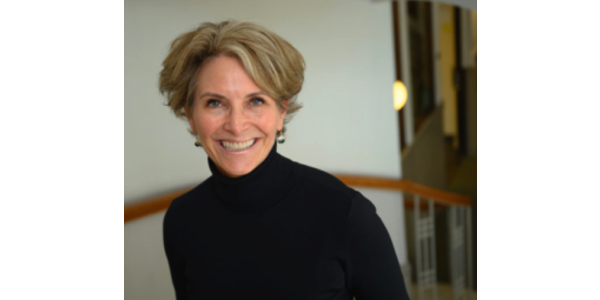 FORT COLLINS, Colo. — The recent outbreak of African Swine Fever in China that spread to Southeast Asian countries – and the response to this crisis – reminded us that we have much to do to strengthen the U.S. response to diseases that threaten our agricultural base, nationally and globally.

We live in an increasingly interconnected world, which impacts everything from telecommunications and travel to the food we eat. We have access to purchasing, growing or raising almost anything we want, anywhere.

But with quick and easy access to global goods comes the attachment of everything else that travels and moves with great speed around our planet, including a wide array of pathogens. Many of us think of “biodefense” as how we defend against a biological weapons attack, but for agriculture, the term has a more layered connotation: It means that we need to be ready and understand how quickly diseases spread and what this means for the food security of the planet.

Colorado State University has the privilege of hosting the Bipartisan Commission on Biodefense, an organization that assesses and advises on how well our country is prepared for biological threats, led by former high-ranking government officials. The meeting on Nov. 5 is focused on “Too Great a Thing to Leave Undone: Defense of Agriculture.”

Faculty, staff and students from across campus have a rare chance to see policy at work, and to meet Commission members former U.S. Sen. Tom Daschle (D-South Dakota) and former Homeland Security Advisor Kenneth Wainstein, as well as the Commission’s team from Washington, D.C., led by Dr. Asha George and distinguished panelists including former Secretary of Agriculture Tom Vilsack and U.S. Rep. Joe Neguse (D-Colorado, 2nd District). Topics include response and recovery, surveillance and detection, and the unique role and responsibilities of land-grant universities.

Colorado State is particularly well-prepared to host such a discussion, as a land-grant campus that for decades has been at the forefront in battling infectious diseases worldwide and promoting advances in human and animal health. In 2018, CSU joined the commission on biodefense to testify to Congress on the role of land grants in research, development, and engagement on agricultural biodefense. In 2019, the Office of the Vice President for Research at CSU led the formation of a land-grant coalition with Texas A&M, Kansas State University, Iowa State University, University of Nebraska-Lincoln, and University of California at Davis. Known as the Coalition for Epi Response Engagement and Science (CERES), it’s focused on increasing agility and resilience in agricultural biodefense.

As we think ahead to CSU’s role in helping feed the 10 billion people who will one day share the planet, our role as catalysts and educators around global food security will be of increasing importance. With the creation of the CSU campus at the reimagined National Western Center in Denver, opening in 2022 on the site of the current National Western Stock Show, we will have an opportunity to build awareness around these issues at the intersection of food, water, and health (animal and human) in unprecedented ways in an unparalleled setting. It will include platforms for engagement that contribute to global food security.

“As we think ahead to CSU’s role in helping feed the 10 billion people who will one day share the planet, our role as catalysts and educators around global food security will be of increasing importance.”

After a long career in international agricultural development and food policy, I accepted a joint appointment with the CSU campus and CSU System to look at how we are and potentially can be engaged with international agriculture and the issues that surround it – which is how I became involved with helping to organize this meeting of the Bipartisan Commission. But while such meetings are important, it’s more important that we as a university system (including CSU Global and CSU Pueblo) are providing the platforms for faculty, students, and scholars to lead on these critical global issues.

We know solutions are not found in silos, they are crafted through dialogue and participation – and across disciplines. And we know grand challenges facing our future with regard to food security, climate resilience and food safety are real. Through the effort of crafting a shared vision, and listening to each other as we seek solutions, CSU will play a catalytic role in providing some of those answers through science, research, policy and our shared resources to chart our course.

Where do bees go in the winter?