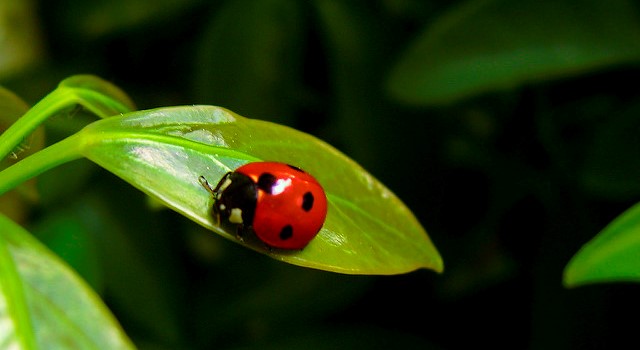 While it may be cheap to buy a bag or more of ladybugs to patrol residential landscapes, it's difficult if not impossible to keep these miniature mercenaries from wandering. (JD Catabas, Flickr/Creative Commons)

WASHINGTON — To some casual observers, ladybugs (or lady beetles) are colorful symbols of good luck — harbingers of fortune and fame. Gardeners value them for their utility as ravenous insects that prey upon plant pests. They buy them by the hundreds online or from garden centres, and then free them to hunt.

But many entomologists believe that commercially sold ladybugs are inefficient for biological pest control, and introduce disease-carrying pathogens to their wild counterparts. They also fear that field-gathering the dormant insects by the millions shrinks the population available to farmers, prompting heavier pesticide use.

“Not only do they not really work — there are lots of potential negative implications for beetles where they are collected and where they are released,” Black said.

Many lady beetle species overwinter in large numbers in California’s Sierra Nevada. “In the spring, adults fly down from the mountains to the valley and coastal areas where they play an important role in controlling plant pests,” Xerces says. “Large quantities of lady beetles (in the genus Hippodamia) are collected every year at overwinter sites in the Sierra Nevada and sold commercially.”

While it may be cheap to buy a bag or more of ladybugs to patrol residential landscapes, it’s difficult if not impossible to keep these miniature mercenaries from wandering. Adult beetles need to migrate before they start feeding or laying eggs, so they quickly head to parts unknown when released.

Whitney Cranshaw, a professor and Extension entomologist with Colorado State University, has released lady beetles into his greenhouse several times to feed on aphid-infested plants, only to report negative results.

“Twenty-four hours later I can find about six in the greenhouse after releasing a bag of 1,500,” Cranshaw said. “Which means 1,494 largely vanished somewhere in that period. And I do not see any laying eggs for a few weeks.”

Mature ladybugs will feed on 20 to 25 aphids per day, but their late-stage larvae will consume 10 times that number, making them far more effective predators, he said.

When improving habitat in your yard or garden, add plants that appeal to beneficial insects as they phase through all of their successive life cycles, Cranshaw said.

Learn how to identify the insects as they mature. “Don’t kill them just because you don’t recognize them,” he said, a reference to the fierce-looking ladybug larvae.

While ladybugs are collected almost exclusively in the wild, most other predatory insects sold commercially are reared in insectaries, Cranshaw said.

“Praying mantises are popular, but I’m not high on them, either,” he said. “They’re generalists and will eat anything out there, including bees and butterflies.”

“Sometimes we’re simply too trigger-happy,” Black said. “We’re trying to control things we don’t really need to control. Sometimes all you have to do is spray pests like aphids and spider mites off (with water) or use some insecticidal soap.

“Be more attuned to natural systems,” he said.

For more about ladybugs and biological control of insects, see this University of Maine fact sheet: https://extension.umaine.edu/publications/7144e/