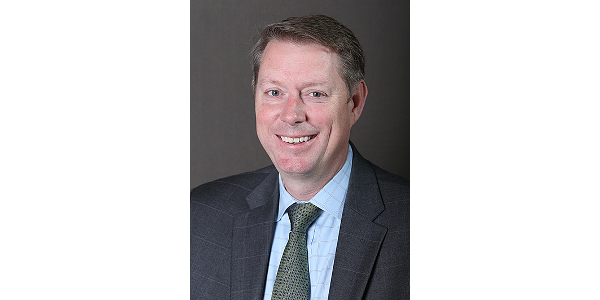 WEST LAFAYETTE, Ind. — A 27-day window in which food products containing genetically engineered (GE) ingredients had to be labeled as such in Vermont has given economists a window into how the mandatory labeling could affect consumer attitudes. During the mandatory labeling period, opposition to GE foods declined nearly 19 percent.

On July 1, 2016, a Vermont law went into effect requiring labels on all foods containing genetically engineered ingredients or genetically modified organisms (GMOs). But the labels were required only until July 27, 2016, when a federal law superseded it, requiring the U.S. Department of Agriculture to determine when GE-containing foods must be labeled.

Jayson Lusk, distinguished professor and head of Purdue University’s Department of Agricultural Economics, and Jane Kolodinsky, professor and chair in the University of Vermont’s Department of Community Development and Applied Economics, gathered data on consumer attitudes toward GE foods in the months leading up to and after the law. Whereas opposition to GE foods increased slightly in the rest of the United States, it declined significantly in Vermont.

“This is really the only place in the U.S. that has had mandatory labeling. It was a good, natural experiment to test some of these competing hypotheses about what labels would do,” said Lusk, whose findings were published Wednesday (June 27) in the journal Science Advances. “One of the concerns many people, including myself, expressed about mandating GMO labels is that consumers might see the label as a type of warning signal and increase aversion to the label. This research shows that this particular concern about mandatory GMO labels is likely misplaced.”

Despite the difference in the questions, Lusk and Kolodinsky could compare each data set to see how attitudes changed in either Vermont or the country as a whole.

“Our findings show that simple disclosure labels will not scare consumers away,” Kolodinsky said. “We show that labels, like the ones implemented in Vermont, can actually improve attitudes toward food with genetically engineered ingredients. That these results occurred in a traditional hot bed of GMO opposition is striking.”

Before the July 2016 Vermont labeling law went into effect, concern in the U.S. over GE foods averaged 3.156, or slightly more concerned than not. After the law, the concern index increased to 3.23.

In Vermont, the average resident before the law took effect gave GE foods a support score of 3.597, closer to the opposed end of the scale. After July, that dropped to 3.077.

Models using data collected before the law went into effect predicted that people in Vermont would be slightly less supportive of GE foods had the label law not been enacted. Those models predicted the average Vermont consumer after July 2016 would have a support score of 3.671.

It isn’t clear why consumers would become more supportive of GE foods after the law, but Lusk thinks it might have to do with seeing the labels on brands consumers already trust.

“Companies have spent billions of dollars on advertising and building trust in their brands,” Lusk said. “I can imagine a consumer sees a brand they’ve come to enjoy or trust with this label and they think ‘if genetically engineered ingredients are OK with them, then it’s OK with me.’”

The USDA National Institute of Food and Agriculture, the Willard Sparks Chair at Oklahoma State University and the Purdue University College of Agriculture supported this research.

The prospect of state and federal laws mandating labeling of genetically engineered (GE) food has prompted vigorous debate about the consequences of the policy on consumer attitudes toward these technologies. There has been substantial debate over whether mandated labels might increase or decrease consumer aversion toward genetic engineering. This research aims to help resolve this issue using a data set containing more than 7800 observations that measures levels of opposition in a national control group compared to levels in Vermont, the only U.S. state to have implemented mandatory labeling of GE foods. Difference-in-difference estimates of opposition to GE food before and after mandatory labeling show that the labeling policy led to a 19% reduction in opposition to GE food. The findings help provide insights into the psychology of consumers’ risk perceptions that can be used in communicating the benefits and risks of GE technology to the public.