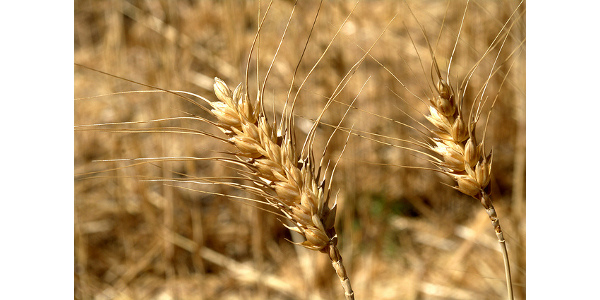 The U.S. Department of Agriculture's National Agricultural Statistics Service (NASS) released its July Crop Production report, based on the Agricultural Yield survey conducted at the beginning of month. (lamoix via Flickr)

“The winter wheat crop experienced above average temperatures and varied precipitation during the month of June,” said David Knopf, director of the NASS Eastern Mountain Regional Office in Kentucky. “Harvest started ahead of normal and remained that way. As combining wraps up, progress is very similar to last year’s season, which finished about a week ahead of the five-year average.”

Kentucky farmers expect to harvest 22.8 million bushels of winter wheat during 2018, down five percent from the previous year. The forecast was based on crop conditions as of July 1 and decreased five percent from the June forecast. Growers expect a yield of 65 bushels per acre, down 12 bushels from 2017 and down 15 bushels from June. Farmers seeded 460,000 acres last fall with 350,000 acres to be harvested for grain. Acres for other uses totaled 110,000 acres and will be used as a cover crop for tobacco or cut as silage or hay.

“The decline in winter wheat yields from previous forecasts may be attributed to extreme heat and humidity, precipitation and standing water, and storms,” Knopf said.