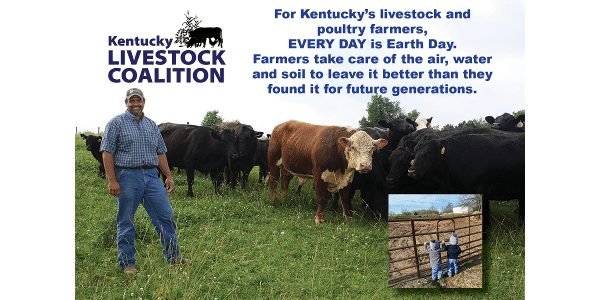 Fred L. Sipes of Meade County is a two-time finalist for the Leopold Conservation Award and the 2019 winner of the Southern Region Conservation Legacy Award presented by the American Soybean Association. (Courtesy of Kentucky Soybean Board and Association)

PRINCETON, Ky. — Yes, we know that Earth Day is observed on April 22, but Kentucky’s soybean farmers are caretakers of the Earth every day. They care about the soil, the water, and the air – and they’re good stewards of those natural resources.

Fred L. Sipes of Meade County is a two-time finalist for the Leopold Conservation Award and the 2019 winner of the Southern Region Conservation Legacy Award presented by the American Soybean Association. “You know, we just try to do the right thing and then the next right thing,” he said. “My wife Stacy and I have twin boys, and while I don’t know yet if they will choose to farm, I want to leave this land better than I found it. Sustainability is a word that we in agriculture are hearing a lot these days, and the more we focus on sustainability, the more we realize that it’s just a new word for the things we have been doing all along – grassing in our waterways so that erosion doesn’t wash away our soil, leaving ample habitat for wildlife and using buffer strips to protect the habitats of fish and other aquatic life. That’s just the next right thing.” 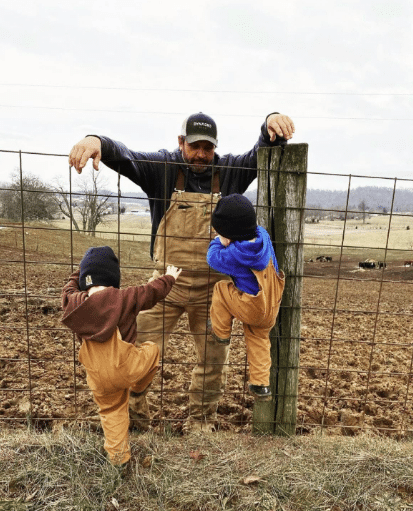 Sipes said that he thinks most consumers would be surprised to know how much science and technology is involved in food production. “We use GPS, just like you have in your car or on your phone, to turn planters and sprayers on and off row by row. Precision agriculture is not the future – this technology is being used right now, so that we can put the seeds and the crop protection products exactly where we need them with no waste. Consumers need to remember that we buy our groceries at the store the same as everyone else, and providing a safe and affordable food supply is an important job that we farmers take seriously.”

Sipes said that he is interested in seeing what plans the new administration has. “It’s important that lawmakers and those in our Executive branch of government who are interested in the Green New Deal understand that farmers are the original conservationists,” he said. “Many of the programs and plans that some would like to implement are practices that we have been utilizing for years. I want to show those folks that we are already doing the things that many are proposing.”

So, while people around the world celebrated Earth Day, April 22 found Fred Sipes and his fellow farmers doing what they normally do this time of year, weather permitting. They planted soybeans or maybe corn, tended to their animals, and did the next right thing, for their own operations and for the generations to come.