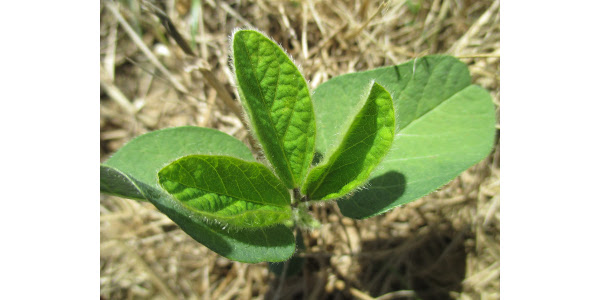 Primary activities for this week included planting soybeans, setting tobacco, harvesting wheat and cutting hay. Once again hot and dry weather prevailed for most of the state this past week. There were pockets that received significant precipitation, but it wasn’t a widespread occurrence. The persistent conditions have been stressful to crops. The corn crop is 99 percent emerged and 10 percent silking. Corn condition has deteriorated significantly as high temperatures and drought take a toll. There were multiple reports of twisting in the corn crop. As topsoil continues to dry out, producers are concerned about adequate pollination.

Same for soybeans as stress is evident in much of the state’s crop. There were reports of some snail damage to beans as well to make matter worse. Soybean planting is approaching completion with 81 percent of the crop emerged. Seven percent of beans are blooming at this time, ahead of both last year and the five-year average. The average height of soybeans is 3 inches.

Tobacco setting continues ahead with strong progress from last week. The average height of tobacco is 14 inches at this time. Tobacco condition is holding somewhat steady as some producers are irrigating to protect their crop from drought.

Winter wheat condition remains mostly good with 95 percent of the crop mature. The wheat harvest is progressing at a normal rate. Pastures are slow to replenish and are showing a good deal of stress. As a result, many farmers have begun feeding hay. The condition of cut hay is mostly good, but yields vary dramatically across the state. Also of note, hay regrowth for second cuttings is being stunted by recent weather.

Above Normal Temperatures and Below Normal Rainfall:

Just like the previous week, rainfall was again hit or miss across the area. Eastern Kentucky was the winner with an average of 0.84 inches. Some saw in excess of 2. Looking at the other side of spectrum, a large portion of Western and Central KY saw less than a tenth of an inch. The lack of rainfall was again accompanied by a period of extreme heat. The Commonwealth saw several days with high temperatures well into the 90s. Dry conditions over recent weeks combined with extreme heat has led to stressful conditions for KY agriculture and deterioration on the U.S. Drought Monitor. Roughly 54% of the state is now considered abnormally dry, marking the highest percentage since October of 2019. A small portion of Central KY (<5%) was even upgraded to ‘Moderate drought’.