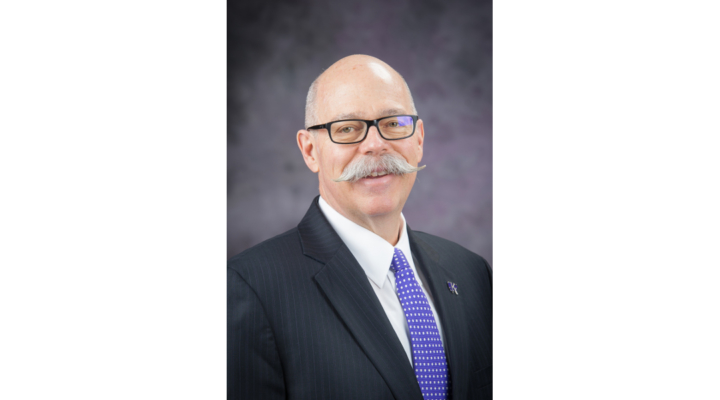 As the college dean and KSRE director, Minton is charged with advancing both on a variety of fronts, including program development; faculty and student development; research, teaching and extension; program accreditation; and the college's and university's goals in K-State's visionary 2025 plan. (Courtesy Photo)

MANHATTAN, Kan. — Leading the Kansas State University College of Agriculture and K-State Research and Extension into the future will be a familiar face. Ernie Minton, the interim dean and KSRE director, has been appointed to the posts following a national search.

Minton’s appointment, which went into effect June 16, was made by Charles Taber, university provost and executive vice president.

“The College of Agriculture and K-State Research and Extension are central to achieving our land-grant mission, and it’s important we have balance and stability in this time of change,” Taber said.  “Based on his years of steady leadership as interim dean and director and associate dean and associate director, Dr. Minton is the right leader for the College and KSRE at this time.”

As the college dean and KSRE director, Minton is charged with advancing both on a variety of fronts, including program development; faculty and student development; research, teaching and extension; program accreditation; and the college’s and university’s goals in K-State’s visionary 2025 plan.

The College of Agriculture is home to more than 3,000 undergraduate and graduate students from across the U.S. and world and offers 16 undergraduate majors, 10 graduate programs, 14 minors and six certificates. The college’s award-winning faculty conduct leading research in agricultural and horticultural crops, livestock, natural resources and the environment, earning multimillion-dollar grant totals each year. K-State Research and Extension is a statewide network of educators sharing unbiased, research-based information and expertise on issues important to Kansas. It has established local, state, regional, national and international partnerships.

“It has been a tremendous honor to serve as the interim dean and director, and I am thrilled to be selected as permanent dean and director,” Minton said. “I’m proud to be a career K-Stater and to work with such a talented and loyal group of students, faculty and staff of the College of Agriculture and K-State Research and Extension. I look forward to moving the college and KSRE forward to embrace our traditions and build on our strengths to better serve our state, national and global stakeholders.”

Minton had been serving as the interim college dean and KSRE director since July 1, 2018. Under his leadership, the college reached its Innovation & Inspiration Campaign goal of $120 million earlier this year. He also has led college-level planning for major infrastructure improvements and renovations to key college facilities, including Shellenberger Hall, Feed and Technology, Waters Hall and the Waters Hall Annex, as well as plans to modernize the diary teaching and research facility.

Among his many honors and awards, Minton received the 2019 Wallace Kidd Diversity Award from the university’s chapter of MANNRS — Minorities in Agriculture, Natural Resources and Related Sciences — and the College of Agriculture’s Diversity Programs Office; 2017 Experiment Station National Excellence in Leadership Award from the North Central Regional Association of Experiment Station Directors; and was named a fellow of the Food Systems Leadership Institute in 2012.

Minton, who has served on several national and regional boards, is currently chair of the Strategic Realignment Committee for the Association of Public and Land-grant Universities’ Board on Agricultural Assembly and is a member of the Kansas State University Research Foundation board of directors.

Next generation of Nat'l Junior Angus Board