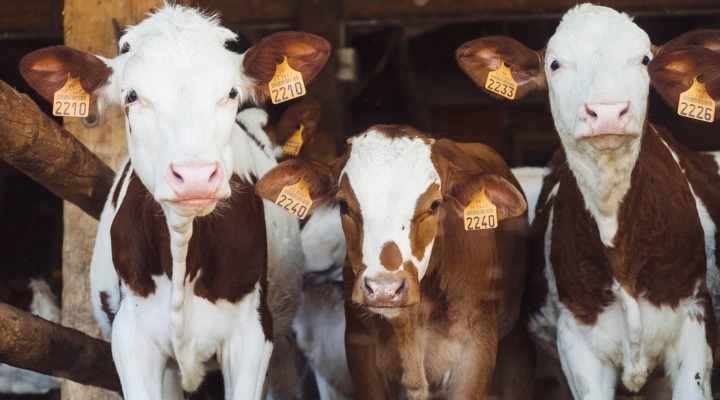 Krentz was first elected to the WFBF Board of Directors in 2012 to represent District 5. (Annie Spratt/Unsplash)

Krentz was first elected to the WFBF Board of Directors in 2012 to represent District 5, which includes: Adams, Fond du Lac, Green Lake, Juneau, Marquette, Waushara and Winnebago counties.

Krentz started his farming career in 1994 when he purchased his father’s 60 cows. He grew the farm to 600 cows and 1,300 acres of crops. Kevin and his wife, Holly, have a daughter and three sons.

Julie Sweney of Dodge County made it to the Sweet-16 Round of American Farm Bureau’s Young Farmers and Ranchers Discussion Meet.

The Discussion Meet contest is a panel discussion in which Farm Bureau members between the ages of 18 and 35 are judged on their ability to express their ideas and opinions and reach a solution on current issues affecting agriculture. The competition was held virtually this year.

Sweney grew up on her family’s dairy farm in Dodge County. She is a 2011 graduate of the WFBF Leadership Institute and serves on the Dodge County Farm Bureau board of directors as membership chair. She is the director of marketing and communications at FarmFirst Dairy Cooperative, serving dairy farmers throughout the Midwest.

Natasha Paris represented Wisconsin in the national Excellence in Agriculture Award where she made the Top Ten.

The Excellence in Agriculture Award is presented to a Farm Bureau member between the ages of 18 and 35 who is actively engaged in agriculture but derives the majority of his or her income from an off-farm agricultural career.

Paris is an agri-science teacher and FFA advisor at Ripon High School. She and her husband, Jordan, own ParKelm Farm, a pasture-based livestock operation. Paris has been a Farm Bureau member since 2015 and serves as the YFA chair and vice president of Green Lake County Farm Bureau.

Arbré Technologies Inc. led by WFBF member Matthieu Vollmer was selected as one of the four finalists in the 2021 AFBF Ag Innovation Challenge.

The winner of this year’s Ag Innovation Challenges was Walla Walla, Washington-based Harvust. This software platform helps farmers successfully hire, train and communicate with employees. As the winner, the company received a total of $50,000 in prize money to help grow the business.