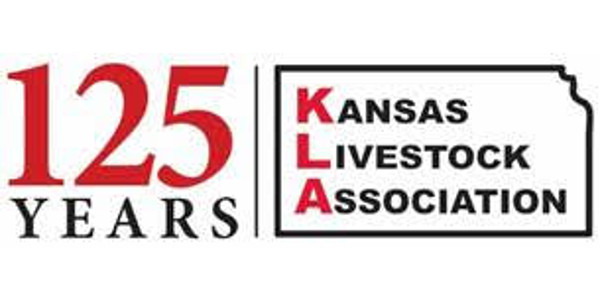 TOPEKA, Kan. — The Kansas Livestock Association (KLA), founded in 1894, is celebrating its 125th birthday in 2019. Association members will celebrate this milestone in conjunction with its 107th annual KLA Convention and 48th Trade Show, December 4-6 in Wichita.

A group of more than 100 Flint Hills ranchers who met in Emporia to discuss cattle theft and unreasonable railroad freight rates started the organization. Today, KLA has 5,600 members in all 105 Kansas counties and 40 states. Cattle theft continues to be a challenge, and today’s issues in the transportation arena are electronic logging and limited hours of service for truckers, which put livestock being hauled at risk.

“KLA has been advocating for its members at the Kansas Statehouse and on Capitol Hill since its earliest days,” said KLA Chief Executive Officer Matt Teagarden.

Key issues addressed include a state indemnity for ranchers who lost animals due to foot-and-mouth disease in 1915, alleged market manipulation by packers in 1916, the Texas Fever lawsuit against the federal government in 1926 and a beef boycott by Boston restaurant owners in 1928. KLA officers traveled to Washington, D.C., to obtain an exemption for farm labor from the military draft in 1917.

KLA has worked hard to secure a better business atmosphere for ranchers, feeders and other agricultural producers. In 1975, KLA pushed a bill through the Kansas Legislature calling for prompt payment on fed cattle by packers. The organization led the charge for similar federal legislation the following year despite opposition from the packing industry. KLA fought regulation of the trucking industry in 1978 because the changes would have been unrealistic for hauling livestock. In 1986, Kansas voters approved a constitutional amendment crafted by KLA and other farm groups calling for use-value appraisal on ag land and exempting farm machinery and livestock from the property tax rolls.

“This helped keep the state’s business climate on a level playing field with other states and is considered to be the biggest tax victory in KLA’s history,” said Teagarden.

Since celebrating its centennial in 1994, KLA has continued to seek ways to serve its members and keep the livestock industry vibrant, both in Kansas and across the nation. The past 25 years have seen an expansion of services available to KLA members, including Ranchland Trust of Kansas, KLA Environmental Services and rapid growth of KLA Risk Management Services (the association’s self-funded workers’ compensation pool), which was started in 1993.

Perhaps one of KLA’s brightest moments came in the wake of “the cow that stole Christmas.” Following discovery of BSE December 23, 2003, all the contingency planning by the National Cattlemen’s Beef Association, KLA and the entire U.S. beef industry paid off, as a successful public relations campaign helped maintain consumer confidence in beef and prevent a catastrophe for the beef and cattle industry.

In the springs of 2016 and 2017, wildfires burned hundreds of thousands of acres of grassland and tens of thousands of miles of fence in Kansas. In the wake of these disasters, the Kansas Livestock Foundation, the charitable arm of KLA, collected and paid out more than $3 million to fire victims. In addition, KLA helped coordinate delivery of hay, feed, fencing materials and other supplies to those affected by the fires.

KLA’s founding fathers were predominately cow-calf producers and also grazed many yearling cattle in the Flint Hills. When the cattle feeding industry sprang up in western Kansas in the mid-20th century, KLA’s membership embraced this new segment and welcomed feeders into the fold. In 2008, after large dairy operations began to locate in Kansas, the association once again expanded its tent to make room for another major segment of Kansas agriculture. Representing all segments of the diverse agricultural industry in Kansas has made KLA a strong, well-rounded organization that is well-respected in the legislative and regulatory arenas.

Over the years, the association continually has strived to fulfill its mission to advance its members’ common business interests and enhance their ability to meet consumer demand.

KLA is a 5,600-member trade organization representing the state’s livestock business on legislative, regulatory and industry issues at both the state and federal levels. The association’s work is funded through voluntary dues dollars paid by its members.