Home / Kansas / KFB completes business at 103rd annual meeting
A new user experience is coming! We'll be asking you to login to your Morning Ag Clips account March 1st to access these new features.
We can't wait to share them with you! Read more here. 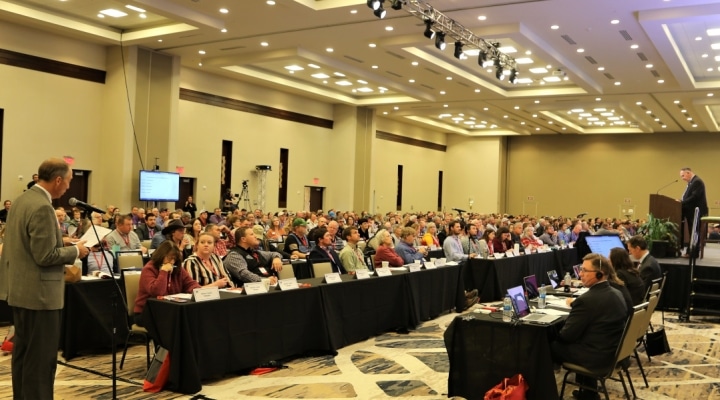 Nemaha County farmer Jeff Grossenbacher was re-elected as vice president. Others elected to the board of directors include:

Other activities included a host of agriculture-related workshops and speakers, including a keynote from Dale Moore, vice president of American Farm Bureau Federation.

County Farm Bureaus and volunteers were recognized for their 2021 achievements.

More than $4,000 was raised through a silent auction sponsored by the Women’s Leadership Committee for the End Hunger campaign.