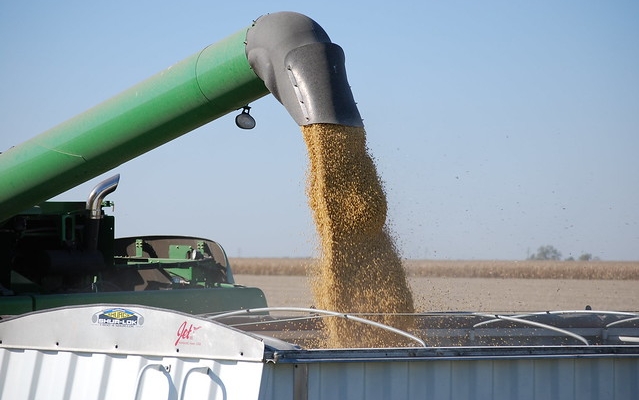 PRINCETON, Ky. — In such a turbulent year, the Kentucky Soybean Board and Kentucky Soybean Association are pleased to announce the records that were set in the 2020 soybean production contest.

First, this year’s crop had the most entries to exceed the 100 bushel per acre mark. Nine contest plots yielded in excess of 100 bushels per acre. Each of those operations will be inducted into the prestigious 100 Bushel Club and will receive two 100 Bushel Club jackets.

Second, the greatest soybean oil concentration was documented at 26.71 percent.

Third, the contest had the greatest average yield for full-season soybean entries since it began in 1980 – 87.39 bushels per acre.

Finally, for the first time in contest history one operation won first place for BOTH full season and double crop non-irrigated soybean yield.

The full set of contest results and agronomic practices will be available soon. In an effort to encourage producers to strive for higher yields and higher levels of oil and protein, the Kentucky Soybean Promotion Board (KSPB) continues to partner with the University of Kentucky Cooperative Extension Service and participating agribusinesses Pioneer, FMC, AgriGold, Beck’s Hybrids, Dekalb/AsGrow, Channel, NK and Stine for the Kentucky Soybean Quality and Yield Contest.

The quality contest was developed to encourage producers to strive for not only high levels of yield, but also high-quality beans. Both contests promote the use of best practices to increase profitability for the betterment of Kentucky agriculture.

Any producer (owner-operator, tenant, or tenant-landlord) who produces ten acres or more of soybeans in the Commonwealth is eligible to enter in either the Single-Crop or Double-Crop Yield Division. Anyone entering the yield contest is also eligible to enter the quality portion of the contest.

In the quality portion of the contest, the entries with the highest percent protein and highest percent oil will receive $500, with $250 awarded to second place in each category.

We commend each of these producers and county supervisors for their dedication to the betterment of soybean production in the state of Kentucky and congratulation them on their victories.

Craft beverage tax reform to be made permanent