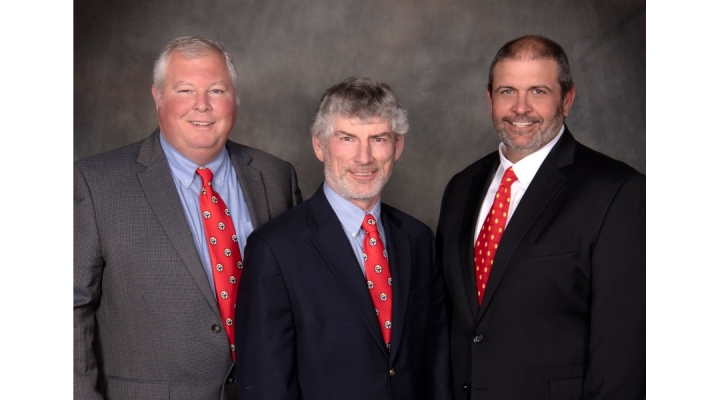 Elected by acclimation were Larry Thomas of Elizabethtown as Chairman, Barry Alexander of Cadiz as Vice-Chairman, and Fred L. Sipes of Garrett as Secretary/Treasurer.

Thomas, along with his wife Becky, owns and operates BLT Farms. They grow soybeans, corn, and wheat along with some highly regarded sweet corn for the Hardin County Farmer’s Market. BLT Farms also raises beef cattle, and Larry is quite active in Kentucky Farm Bureau.

Alexander serves as farm manager for Cundiff Farms in Trigg County, where they raise soybeans, corn, wheat, and dark-fired tobacco. Alexander also owns his own operation which includes row crops and beef cattle. Barry serves as one of Kentucky’s three representatives to the United Soybean Board, which invests farmer checkoff dollars at the national level.

Sipes, with his wife Stacy, owns and operates F.L. Sipes Farms in Meade County. There they grow soybeans, corn, wheat and both burley and air-cured tobacco, along with sweet corn and blueberries. F.L. Sipes Farms is also home to a beef cattle operation. Fred serves at the national level as one of Kentucky’s three representatives to the American Soybean Association, the national policy organization for soybean farmers. In addition, he serves as Kentucky Soybean’s representative to the U.S. Meat Export Federation, which promotes beef, pork, and other U.S. meat products to other nations.

This slate of officers was re-elected after serving in the same roles for Fiscal Year 2022, and the farmer-leaders who elected them appreciate their service as they lead the organization that invests our state’s soybean checkoff dollars for maximum return.