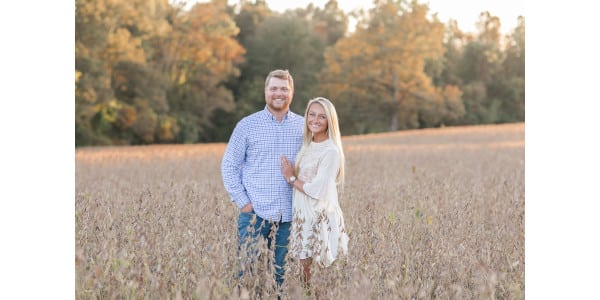 The Young Leader Program, sponsored by Corteva Agriscience and ASA, is a two-phase educational program for actively farming individuals and couples who are passionate about the future possibilities of agriculture. The women and men who participate in this program will be the leaders that shape the future of agriculture.

“The ASA Corteva Agriscience Young Leader program has made a lasting and extremely important mark on the soybean industry,” ASA President Kevin Scott said. “The Young Leader program identifies and helps develop future grower-leaders for our industry while helping participants create meaningful and lifelong relationships with growers from across the U.S. and Canada. Through my son and daughter-in-law’s participation in the program, I’ve seen firsthand how the Young Leader training provides participants with the tools and knowledge they need to be successful leaders. We are grateful to Corteva Agriscience for continuing to invest in the future of agriculture.”

Soybean-growing couples and individuals are encouraged to apply for the program, which focuses on leadership and communication, the latest agricultural information, and the development of a strong peer network. Interested spouses, even if not employed full-time on the farm, are encouraged to attend and will be active participants in all elements of the program.

“Soybean farmers are working hard every day to provide food and agricultural products that meet the growing needs of consumers in the United States, Canada, and all over the world. It is critical that their voices be heard as governments, society and other stakeholders work to shape policies and programs that support agriculture and rural communities,” said Matt Rekeweg, U.S. Industry Affairs Leader, Corteva Agriscience. “We are proud to continue our support for the ASA Corteva Agriscience Young Leader Program, which is developing the next generation of grower leaders and advocates for agriculture in North America and around the globe.”

“The Young Leader program was a really good thing for my wife, Leanne, and me,” said 2012 Young Leader Caleb Ragland. “The unique component of it being a program that your spouse is included in, not just as a visitor but as a partner, makes Young Leaders stand out. My wife didn’t grow up on a farm, so that part was especially beneficial to us. It helped us understand one another better both personally and professionally.”

Ragland added that his first visit to Capitol Hill as an adult was during his time as Kentucky’s Young Leader. “That was so interesting to me. Getting in to see our lawmakers and having Senators and Congressmen ask farmers what their thoughts were really made an impression on me,” he said. “I hope that I have returned some of the value that the Kentucky Soybean Association invested in me to the organization through my service,” he said. “This is a great leadership development program, and I think it’s important to note that many of our national leaders in the soybean organizations started in this program.” Ragland currently serves on the Kentucky Soybean Board and the American Soybean Association board of directors, where he is on the Executive Committee.

Ragland also made sure to tip his hat to the leadership at Corteva for its long-term continued sponsorship of the Young Leader program. “Corteva is just top-notch,” he said. “I can’t say enough good things about how thankful I am that this company continues to invest in rural leadership.”

Those interested in applying for the 2021-22 ASA Corteva Agriscience Young Leaders program may do so online at www.SoyGrowers.com under the Education and Resources tab. Kentucky applications are due September 7.