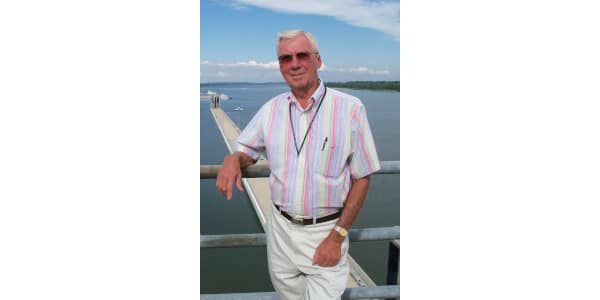 Martin served in leadership roles in KSA including as secretary and treasurer from 1976 to 1983, vice president from 1984 to 1987, and President from 1988 to 1992. He served as Vice-Chair of the Ken-Ten Council, made up of Kentucky and Tennessee Soybean Farmers, and was Vice Chairman in 1991.

Martin also served the checkoff, including as Chairman of the Board in 2005. He was one of Kentucky’s first representatives to the United Soybean Board and is one of the few farmer directors to complete two nine-year terms on USB.

In addition to serving in elected and/or appointed official capacities, George (and his wife Linda) were selfless volunteers at numerous events throughout the year. They worked multiple shifts at our Kentucky State Fair and the National Farm Machinery Show, in addition to setting up a soybean checkoff booth at various smaller events. George was a staunch advocate for soy biodiesel and worked for numerous years in our booth, shared with the National Biodiesel Board, during the Mid America Truck Show.

Children and grandchildren of Kentucky Soybean Association members who are interested in pursuing a degree in agriculture or a related field at an accredited college, university or community/technical college are eligible to compete for the scholarship, which is available to any grade level post-secondary student. Children and grandchildren of KSA board members are not eligible. The application for this $1,000 award is available at www.kysoy.org, and the scholarship will be awarded in the spring of 2022. Applications are due by March 1, 2022.