Home / Kentucky / Kentucky Farm Bureau holds elections
A new user experience is coming! We'll be asking you to login to your Morning Ag Clips account March 1st to access these new features.
We can't wait to share them with you! Read more here. 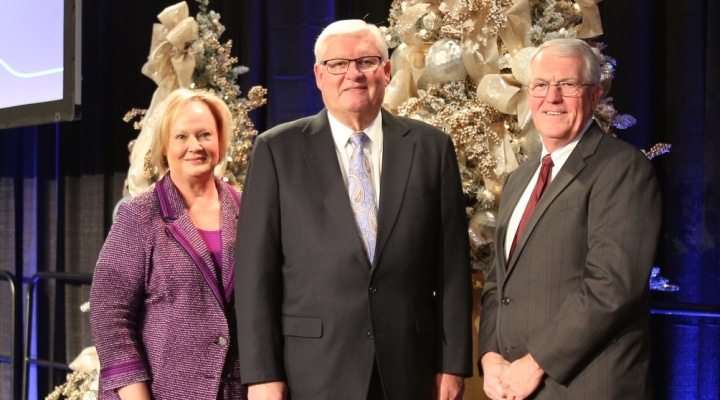 He and his brother, Don, produce apples and peaches near Nancy, Ky., where they also raise beef cattle. They sell fresh produce from their orchards – as well as cider, jellies, baked goods and other products – at a KFB Certified Farm Market located on the farm. He and his wife, Marlene, have two sons and a daughter.

Melton, a former president of Webster County Farm Bureau, is chairman of KFB’s State Resolutions Committee and is President of the Board of Directors for the Kentucky Center for Agriculture & Rural Development. Melton additionally serves on the Board of Directors for Southern Farm Bureau Life Insurance Company. He produces corn, soybeans, and beef cattle on his farming operation, in Sebree, Ky.  He and his wife, Regina, have a daughter.

Furches has been a member of KFB’s Board of Directors since 2017. She is a former member of the Kentucky State Fair Board and State Board of Agriculture. She is the Chair of KFB’s Vision 100 Strategic Planning Committee and a member of the U.S. Environmental Protection Agency Farm, Ranch, and Rural Communities Federal Advisory Committee. She and her husband, Tripp, reside in Murray, Ky., where they grow wheat, corn, and soybeans. They have a son and a daughter.

Returning Board Members are:

The new Vice Chair of the Young Farmer Committee is Eli Mann of Pendleton County, the new secretary is Danielle Millbern of Fayette County, and the social media chair is Kristin Hildabrand of Logan County.

The new Vice Chair of the Generation Bridge Committee is Sarah Beth Guffey of Clinton County, the new secretary is Rob McClanahan of Pendleton County.