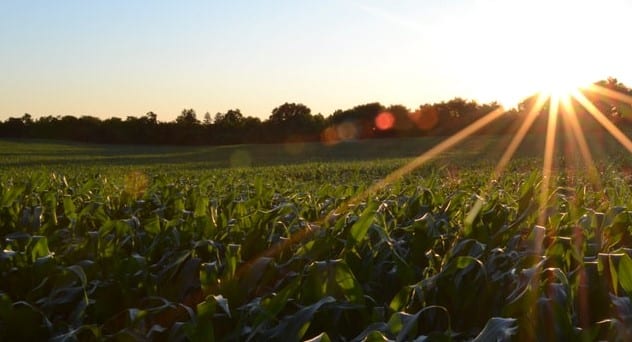 "Insight" is a weekly column published by Kansas Farm Bureau, the state's largest farm organization whose mission is to strengthen agriculture and the lives of Kansans through advocacy, education and service. (Photo by Jake Gard on Unsplash)

MANHATTAN, Kan. — My 35th birthday is this week. Though some women beyond their 20s don’t like to share their age, I have no problem admitting it.

This birthday feels like the last of my “young person” milestones. I will legally be old enough to run for president of the United States of America.

The moment doesn’t have the same anticipation of independence that came with acquiring the ability to work, drive, vote or drink. It is an aged and mellow satisfaction, born of the knowledge that I have reached the point where the Founding Fathers believed an individual had enough life experience to be able to lead the country.

Like many children, I dreamed about what it would be like to hold the highest office in the land, but as an adult, the idea actually seems pretty undesirable.

The world of politics has become so divisive and cruel. It often feels like watching children in a schoolyard. There is name-calling, he-said she-said arguments, pouting when you don’t get your way, overreactions to perfectly normal disagreement, no filter of what is polite or helpful, and a strange occurrence where someone who isn’t like you becomes a monster.

During a campaign season, it seems to become even worse. Between vilifying TV commercials, stacks of hateful postcards and a barrage of social media ads about the alleged evils of candidates, you have to have strong armor to weather it all. And don’t think this is just at the federal level, I see it in local races too.

The craziest part of this is we do have people who answer the call to serve. In fact, I think most politicians are good people who feel compelled to serve and are trying to do what they think is best. These people endure harsh criticism and try their best to represent the interests of all their constituents, even the ones that just called them evil.

So, as the horrific election season rolls on, I want to say thank you to the individuals at all levels who have raised their hands and are vying to serve as elected officials. I appreciate your willingness to serve despite all the negatives, like experiencing criticism no matter how good you are at the job. My attitude of gratitude is a product of a deeply held belief that you are a person who wants to make the world better.

In addition to my heartfelt thanks, I offer a commitment to my fellow Americans who put themselves out there to serve: I will always do my best to be polite and treat you with respect, even if I disagree with you. I will listen openly to the information you share and be willing to provide my opinion and experiences with you in a civil manner. When you make a decision I don’t agree with, now or after being elected, I will do my best to temper my disappointment and seek to understand how you arrived at your conclusion. Most importantly, I will continue to look for the best in you not the worst.

Eight teachers honored by National Ag in the Classroom

Revisiting corn use for ethanol