Home / Indiana / Keeping grain in condition
A new user experience is coming! We'll be asking you to login to your Morning Ag Clips account March 1st to access these new features.
We can't wait to share them with you! Read more here. 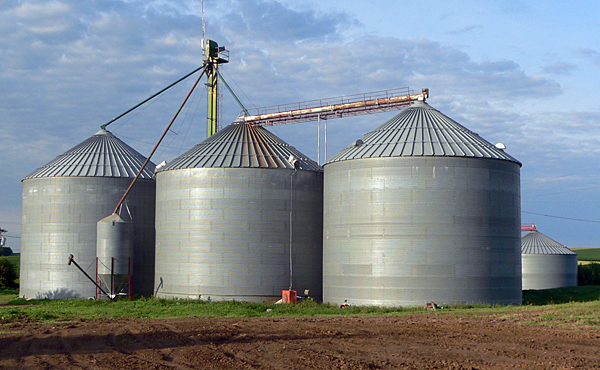 Now it is time to keep stored grain in condition until it is sold or fed. The key things are the moisture level, the fines, the temperature and concentration. (Wikimedia Commons)

GOSHEN, Ind. — The grain is in the bin.  Now it is time to keep it in condition until it is sold or fed.  The key things are the moisture level, the fines, the temperature and concentration.  It is important to note there have been a lot of changes in grain storage recommendations over the past few years.

Temperature recommendations have changed quite a bit.  Many bins are now equipped with temperature cables which help monitor the grain.  The old recommendations were to keep the grain, within 10-15 degrees of the outside temperature.  In northern climates, they are now recommend taking the grain down to near freezing, and keeping the grain cool, maybe 40 degrees in the spring and 50 degrees in the summer.  Temperatures above 70 degrees, we’ve learned, can accelerate mold and insect activity.

Finely, there is concentration.  This means focus on the health of the grain in the bin.  Check it weekly.  Look for crusting, smell for grain beginning to turn.  Check the moisture in the center and on the edges.  If there is anything wrong, start running the aeration fans.  The only other fix for grain going out of condition is to empty the bin.

Always be sure to let someone know you are entering the bin.  ABC News did a wonderful job documenting the dangers of grain bin accidents in a story they called Buried Alive.  It is one story every grain grower should watch.   https://www.youtube.com/watch?v=Ea4By9vFyVQ