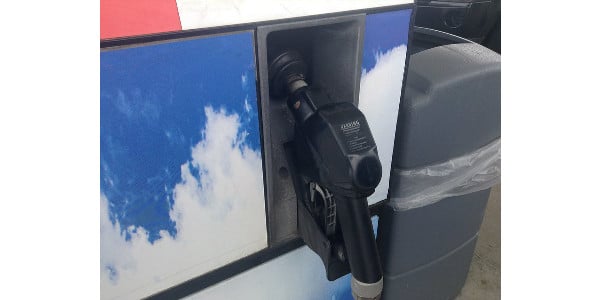 MANHATTAN, Kan. — The Kansas Corn Growers Association (KCGA) is disappointed with a Washington D.C. Circuit Court of Appeals reversal of an EPA rule that allows year-round sales of E15, 15 percent ethanol blended fuel. The case, American Fuel & Petrochemical Manufacturers, et al. vs. EPA, was a challenge by oil refiners to the rulemaking that allowed the year-round sale of E15 in 2019. Growth Energy, the Renewable Fuels Association, and the National Corn Growers Association were intervenors on behalf of EPA in the case and issued a joint statement expressing disappointment in the court’s ruling.

KCGA supports the efforts of NCGA and the ethanol industry. It is important to note that the court ruling doesn’t not immediately change the regulations that allow year-round E15 sales.

“The only winner in this decision is Big Oil,” KCGA CEO Greg Krissek said. “Corn farmers and ethanol producers are offering a lower carbon alternative at the pump, and we’ve been fortunate that EPA has understood the safety and environmental benefits of E15 fuel.”

In 2011, when E15 was originally approved for use in cars 2001 and newer, sales were not allowed in many urban areas during the summer driving season. EPA finally lifted outdated restrictions and approved year-round E15 sales in 2019, making the E15 a viable option for fuel retailers across the nation.

“It never made sense to restrict E15 sales, and EPA did the right thing in 2019 by allowing year-round E15. This court decision could hurt the environment that benefits from a lower-carbon, cleaner air option, and drivers who benefit from this lower cost, higher performance clean fuel,” said KCGA President Brent Rogers, Hoxie.

NCGA and the ethanol groups are working to ensure the continuity of E15 sales through the 2021 summer season and beyond, pursuing all available options to ensure that we have a solution in place before the 2022 driving season. This decision could impact summertime sales across all non-RFG areas where nearly two-thirds of retail sites offering E15 currently do business. If E15 in those markets were to end, summertime E15 sales would fall by 90%.

The Kansas Corn Growers Association represents its members in legislative and regulatory issues and advocates for corn and corn products.