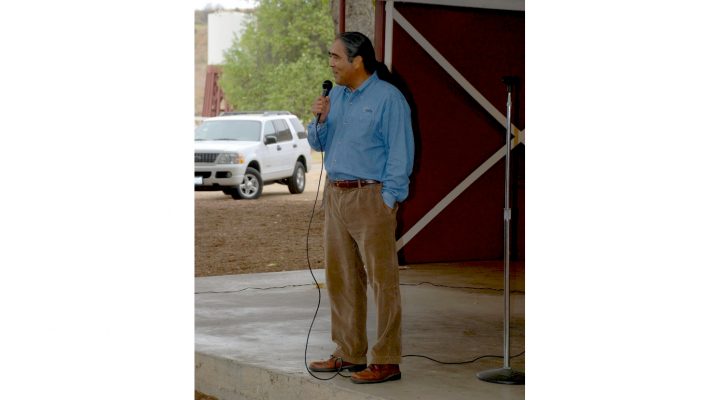 POMONA, Calif. — A former state agriculture secretary and a prominent attorney are the Huntley College of Agriculture’s honorees for this year’s Jim Hicks Agricultural Achievement Award.

Former California Food & Agriculture Secretary A.G. Kawamura and attorney George H. Soares are the first co-recipients of the award, which they will received at the 3rd Annual Spring Harvest Dinner on Saturday, April 22.

“Both of these men have accomplished much on behalf of California agriculture,” says Mary Holz-Clause, dean of the Huntley College of Agriculture. “They have served as advocates and champions for farming and the industry. They deserve our recognition and thanks.”

Kawamura is a third-generation grower and shipper from Orange County who served as the secretary of the California Department of Food & Agriculture from 2003 to 2010.

Through their company, Orange County Produce LLC, Kawamura and his brother, Matt, are building an interactive 21stcentury, 100-acre agricultural show case at the Orange County Great Park in Irvine. A progressive urban farmer, he has a lifetime of experience working within the shrinking rural areas of Southern California.

“It’s sheer opportunity when you live in an area like ours,” Kawamura said in an interview. “More than 20 million people live within a three-hour drive. That potential marketplace is something we want to develop.”

Kawamura also is co-chair of Solutions From the Land, a national acclaimed nonprofit organization that is developing innovative and sustainable collaborations for 21st century agriculture.

A lawyer who has been called the premier agricultural lobbyist in California, Soares has been ranked as one of the top 100 players in California politics by Capitol Weekly and Politics Magazine.

“California agriculture needs to be as engaged as possible in the political and government process because the state’s ag industry is so important to our future – so influential on whether we are successful or not,” Soares said in an interview with California Ag Today.

He is a founding member and managing partner of Kahn, Soares & Conway L.L.P., a law firm that represents clients before the state Legislature and regulatory agencies. Among the law firm’s accomplishments were passage of the largest tax relief package ever for California agriculture and the creation of a landmark body of law that authorizes formation of state commissions allowing growers and handlers of agricultural commodities to engage in collective activities.

A graduate of Cal Poly San Luis Obispo and the McGeorge School of Law at the University of the Pacific, Soares also is a partner in the Environmental Solutions Group LLC, a consulting firm that provides regulatory services involving pesticides, air and water quality. He and his wife Gloria also own a dairy and farming operation in the San Joaquin Valley.

The Jim Hicks Agricultural Achievement Award is presented annually at the Huntley College of Agriculture’s Spring Harvest Dinner. The award is named after Hicks, a businessman and longtime supporter of agricultural education who was its first recipient in 2015. The Spring Harvest dinner event features local chefs preparing food, including produce grown by Cal Poly Pomona students, and California wines.

For more information or to purchase tickets, visit http://springharvest.cpp.edu.

The Huntley College of Agriculture at Cal Poly Pomona is the only four-year agricultural program in Southern California. It is named after alumnus Don Huntley, a longtime supporter who has pledged his Central Valley pistachio farm to the college.