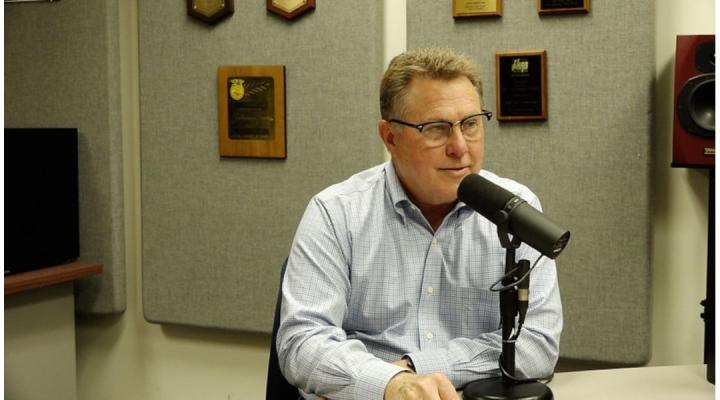 MANHATTAN, Kan. – Drought, work shortages and next year’s Farm Bill are among the topics that have the attention of farmers across the country.

So, it’s no surprise that Kansas Secretary of Agriculture Mike Beam had those in mind on the eve of one of the Kansas agricultural industry’s major gatherings of the year.

The Summit has been held virtually the past two years but gets back to an in-person gathering this year with 13 breakout sessions – each covering a different sector of the Kansas agricultural industry – on Thursday morning.

“Historically,” Beam said, “this Summit has produced ideas that have borne real fruit” in Kansas. Some examples include the beginning of a voluntary animal identification system for the United States (called CattleTrace); the start of the Kansas Specialty Crop Growers Association; and equipment simulators to expose younger farmers to the future of the industry.

This year, “I think we’re going to hear a lot of feedback about work force and the availability of people to work and be part of rural communities,” said Beam, who spoke Tuesday on Kansas State University’s weekday radio program, Agriculture Today.

“I think we’re going to find that (addressing work shortages) is multi-faceted. It’s going to take good pay, housing, and sometimes you need childcare (in the community).”

Listen to an interview by Samantha Bennett with Mike Beam on the weekday radio program, Agriculture Today

“There are certain pockets in the state where they have had timely rains and people are excited about fall harvest,” he said. “But in a good portion of the state – the western half and the southeast – it’s extremely dry. In those areas, we’re probably testing our (cropping) systems and the varieties that we’ve used. Maybe we’ll identify ones that are more drought tolerant.”

The U.S. government is also scheduled to take up discussion on a new Farm Bill next year.

“There will be a lot of Kansans interested in that because a majority of the funding goes to nutrition programs,” Beam said. “There will be advocacy groups that will look at where there are tweaks or changes that should be made.

“But on the ag production front, what I hear most often is we must be sure to have a strong plan for crop insurance, which is made possible through the Farm Bill. That’s a priority for most people in production agriculture.”

Beam also spoke on the importance of international trade, dairy pricing, conservation and climate-smart activities, and collaboration among all sectors of the state’s agricultural industry.

K-State President Richard Linton was the lunch speaker during the Aug. 18 Kansas Ag Growth Summit. He talked about the university’s vision and agriculture in Kansas.

“When I think of K-State and specifically the College of Agriculture, there are two things,” Beam said. “One is that now more than ever we need cutting edge research, and we need collaborative research across the university.

“But the other thing I hope we never lose focus on at K-State is the students. We need to continue to attract quality students to the university (because) if you look at some of the leaders and people who have made a difference in agriculture…many of them trace their roots to Kansas State University, and credit the experience they had while a student at the university.”

More information about the 2022 Kansas Ag Growth Summit is available online from the Kansas Department of Agriculture.

Tips to save money on your energy bill