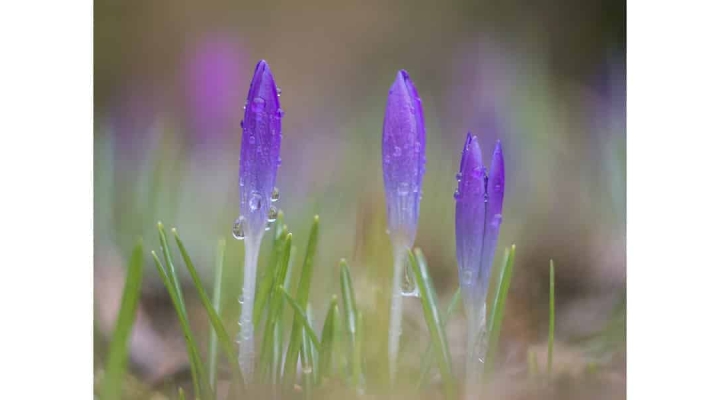 K-State's Patton says homeowners should set goal of applying one inch of water per week to landscape. (Photo: A Peach, Flickr/Creative commons)

MANHATTAN, Kan. – Homeowners who set their sights on having the nicest landscape on the block may often sense the urge to water, water, water.

But K-State Research and Extension horticulture agent Dennis Patton says they should instead be more strategic in the interest of saving water and money.

“What’s really important is how much water we are putting on in each application,” said Patton, the horticulture agent in Johnson County.

Studies indicate that as much as 50% of the water used in a household occurs outside, though Patton says “I’ve seen statistics that say it’s even higher when comparing the amount of water used in the summer months for lawn and landscapes.”

To conserve water, Patton said the homeowner’s goal should be to provide one inch of water per week to most plants, including lawns.

“The reason that number comes into play is because an inch of water is what it takes to soak the average Kansas soil (typically containing clay) to a depth of 6-8 inches, which is where the vast majority of root systems are going to be on our tomato plants, our flowers and our lawn,” Patton said. “That’s going to give the root system a good supply of water to get it through for almost a week, depending on weather conditions.”

In his own yard, Patton rarely waters his lawn: “I don’t require a nice green lawn all summer long,” he said. “Watering the lawn once every 2-3 weeks keeps it alive and hydrated.”

Instead, Patton focuses his attention on higher maintenance areas, such as garden flowers and vegetables. “I try to get that one inch of water in one application, so I water just once a week,” he said.

Patton advises homeowners to run a test in their own landscape to determine how often to water. A common way to do this is to place rain gauges or cans into a few areas of the landscape, then run the sprinkler system for 30 minutes.

“If in a half hour, you’re putting on a half inch of water, then you know you need an hour of watering per week to get an inch into that soil,” he said.

Without doing a test, it’s difficult for homeowners to know how much they should water during each application. Patton said sprinkler heads vary; the best, he said, place water closer to the surface (rather than spreading it 5-10 feet into the air), and disperse water in large droplets (rather than in a mist).

“The worst thing you can do is light, frequent watering where you put the water on for a few minutes here or there and move,” Patton said. “That water doesn’t get down into the soil.”

Patton also urges homeowners to avoid a pattern in which much of the water falls onto sidewalks and driveways where it can easily runoff without benefit to the plants: “That’s part of being a good steward of the water,” he said.

Also, he notes, homeowners should routinely check hoses, faucets and other equipment for leaks.

“To me, watering is about monitoring the outdoor conditions, temperatures, wind speed, looking at and knowing the plants and applying water only when they need it,” Patton said.

“In my yard, I try to go on the lean side (of watering). I don’t want to pay a high water bill. I’d rather do other things (with my money).”

The K-State Research and Extension publication, Water Conservation in the Home Landscape, is available online for free.

More information on conserving water at home is available at local extension offices in Kansas.