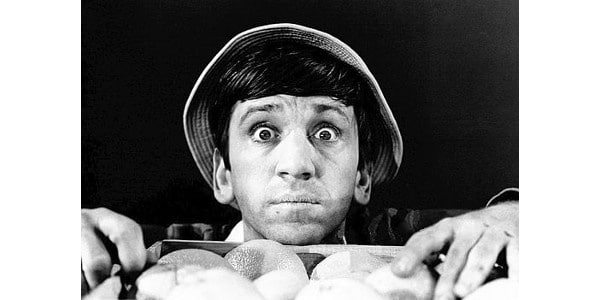 "While I think “Gilligan’s Island” provides entertainment for my family, it also is clearly causing my kids to think and verbalize their thoughts with one another in a civil conversation," writes Baldwin. (CBS Television [Public domain])

MANHATTAN, Kan. — I recently overheard a deep breakfast conversation between my husband and kids regarding the TV show they were viewing. It was such a good conversation I didn’t want to interrupt the thought process, so I remained sitting in the living room, eavesdropping and trying to control my giggles. Plus, I wanted to see how my husband would handle our daughter’s questions.

We’ve been without cable or satellite television for a few years now, so generally during breakfast the kids get to watch something we’ve recorded on our TiVo. While we have quite a diverse collection of recordings, we generally select a program from PBS like “Odd Squad,” “Molly of Denali” or “Peg Plus Cat” before school. The kids are really into science, math and adventures, so these three shows are a pretty regular morning rotation in our home.

However, on this particular morning the conversation centered around these people who got lost and ended up being stranded on a tropical island after a three-hour tour. Yes, my kids also love watching “Gilligan’s Island” which airs on a local television channel. We have maintained a steady viewing of the 1960s sitcom for the last few years. In fact, our son requested to have a “Gilligan’s Island” themed birthday party once. There are many days I question my parenting tactics and decisions but allowing the kids to watch “Gilligan’s Island” has never caused me to fret.

During this breakfast conversation, my 4-year-old daughter was trying to make sense of the overall storyline.

“Let me tell you, Daddy,” she began. “I’d be working on fixing the holes in that boat if I got stuck on an island. Why didn’t they try to fix the holes?”

My 7-year-old would chime in to try to defend the plot and to help her better understand.

“Isannah, they’re stranded on an island, they don’t have the tools,” Banks would point out.

“If they don’t have tools, then why do they live in nice huts made from bamboo and trees?” she countered.

Silence. She did have a good point.

Isannah then moved on to her next item, “And let me tell you something else,” she said. “I wouldn’t take the boat at night — that’s when there’s waves!” I think she was referencing the opening scene of the show when the S.S. Minnow was tossed about by waves when the weather started getting rough. It was dark.

Silence. He had a good point.

Clearly, as they continued this back-and-forth dialogue, both children had different perspectives related to the tale of the seven castaways.

All the while, my husband, Adam, would nod his head and make random sounds to ensure the kids knew he was listening to them both. But ultimately, the kids led the conversation and Adam was not needed to referee the chat.

While I think “Gilligan’s Island” provides entertainment for my family, it also is clearly causing my kids to think and verbalize their thoughts with one another in a civil conversation.

Perhaps we all need some little ones discussing “Gilligan’s Island” over breakfast from time to time to help remind us as adults how to interact with others who might have differing views.

After all, if the kids can model civil discourse, surely the rest of us can, too.