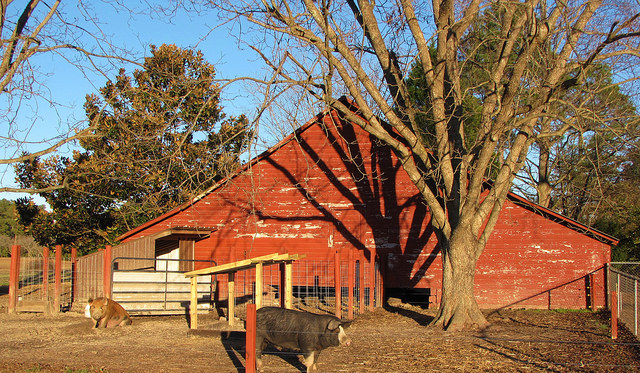 The case, which was supposed to be one of the most favorable to Smithfield Foods out of dozens of similar pending lawsuits in North Carolina, turned out worse for the company than a previous lawsuit that rocked agribusiness in the country’s No. 2 pork-producing state.

That earlier case, selected by lawyers for more than 500 neighbors who are suing industrial-scale hog farms in eastern North Carolina, ended in April with jurors awarding 10 neighbors $51 million for nuisances they’d long tolerated. The fine was cut to about $3 million because North Carolina law limits punitive damages. Friday’s damages are also expected to be slashed.

Still, the April verdict led North Carolina legislators to pass a law this week erecting new barriers against nuisance lawsuits that all but eliminate the right of neighbors to sue Smithfield Foods, its contract growers or any other agribusiness. The legislation was needed “to save every farmer in this state from frivolous lawsuits,” said bill sponsor Sen. Brent Jackson, an agribusiness founder and Republican who represents three counties in what is the country’s heaviest concentration of industrialized hog lots.

Critics billed the legislation as an attack on private property rights in order to protect a well-heeled industry. The law adopted over a veto by Gov. Roy Cooper will be followed by demands for similar protection by other special interests, said Republican Rep. John Blust, an attorney from suburban Greensboro.

“This is like the first domino to fall,” he said.

Smithfield declined to comment Friday, citing a judge’s gag order meant to limit pre-trial publicity ahead of the next trials. More than a half-dozen lawsuits are scheduled for trial this year attacking Virginia-based Smithfield for its open-pit waste handling methods.

The lawsuits target the hog-production division of Smithfield— not the farm operators — because plaintiffs’ lawyers said the company used strict contracts to dictate how farmers raise livestock that Smithfield owns. Smithfield is owned by Hong Kong-headquartered WH Group, which posted profits of about $1 billion last year.

Despite decades of complaints from neighbors and environmentalists, the predominant method of handling hog waste in North Carolina is collecting it in open-air pits that are emptied by spraying liquid excrement on farm fields.

Smithfield has continued using the low-cost method because it helps the company produce pork for less than in China, lawyers for the neighbors said. Smithfield began covering its waste pits on Missouri farms to reduce odors under pressure from that state’s attorney general more than a decade ago.

Smithfield and pork trade groups counter that no alternative method — including covering cesspools for odor control or drying and trucking away manure — is economically viable in North Carolina. And anyway, Smithfield hog farms don’t smell, the company’s lawyers and allies said. The plaintiffs dispute the assertion.

Livestock owners’ fears that they could be shut down by nuisance lawsuits were heightened after Smithfield’s earlier courtroom loss. The company told farm operator William Kinlaw last month that he breached his contract with the pork giant that required him to control odors and “maintain proper sanitation.” The company removed its revenue-producing hogs from the farm.

But “Smithfield has decided to provide him with some temporary financial assistance pending appeal” of its court loss, company spokeswoman Keira Lombardo said in an email this week. She said Smithfield would not discuss how much it is spending or whether it is keeping Kinlaw’s business afloat. Kinlaw did not have a listed phone number and could not be reached for comment.