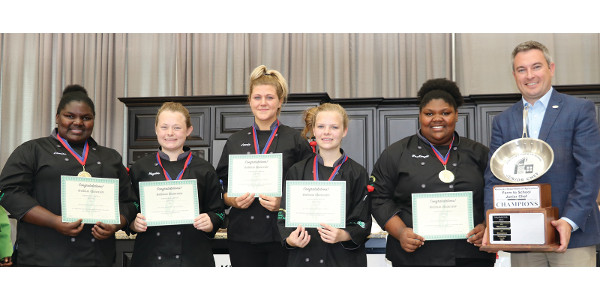 LOUISVILLE, Ky. — Montgomery County High School became the first team in the history of the Farm to School Junior Chef program to repeat as state champion when it prevailed over Corbin in the fifth annual Junior Chef championship cook off Friday at the Kentucky State Fair.

“Congratulations to Montgomery County on this remarkable achievement,” Agriculture Commissioner Ryan Quarles said. “I commend all 16 teams that participated in the state Junior Chef tournament this year. Special thanks go to Sullivan University for supporting this event since its inception and for contributing more than $100,000 in scholarship prizes.”

Sawyers was named Most Valuable Chef of the tournament and earned an additional $6,000 scholarship offer from Sullivan.

Middle-school students advancing to high school for the following school year were allowed to compete for the first time in the program’s history; one team, Beaumont Middle School in Fayette County, was made up of all middle school students. Also, the team from the Kentucky School for the Deaf (KSD) in Danville advanced to the state tournament for the first time, and KSD’s entire high school attended the competition to watch their team compete on Aug. 22.

The Junior Chef season begins with district competition in the spring and continues with regional matches to determine the teams that will advance to the state tournament. Junior Chef teams are made up of two to five students.

The Junior Chef competition is part of the Kentucky Proud Farm to School Program, which helps Kentucky schools purchase local foods to serve to their students. Children get fresh, nutritious foods to help them grow up healthy and strong. Local farmers get another market for their farm products. 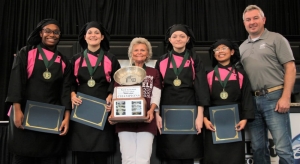 LOUISVILLE, Ky. — The Henderson County Junior Chef Team came out on top for the second year in a row in the Farm to School Junior Chef program during the championship cook off against Bath County on Friday at the Kentucky State Fair. “Congratulations to Henderson County and to all the teams across the commonwealth […] 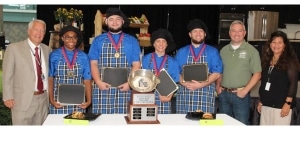 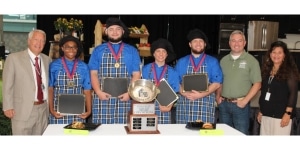 Gift will boost UK food science for years to come