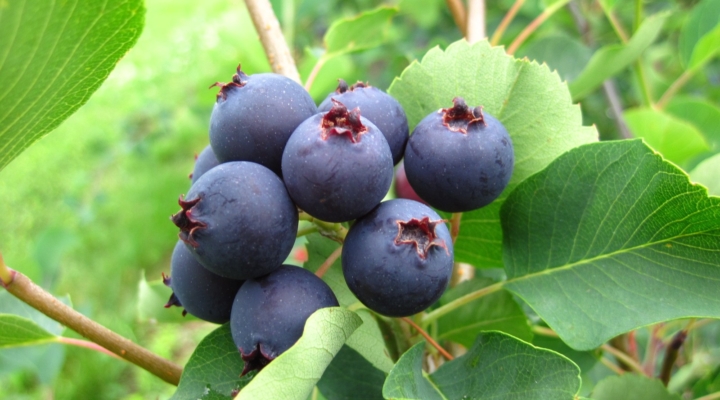 WILLSBORO, N.Y. — The Juneberries are in blossom in the research nursery at the Cornell Willsboro Research Farm in Willsboro, NY. Juneberry, scientifically known as Amelanchier, is an antioxidant superfruit, with the potential to be a major fruit crop for growers in the Northeast.

Project leaders Michael B. Burgess, a botanist with the State University of New York at Plattsburgh, and Michael H. Davis, manager of the Cornell Willsboro Research Farm, wild-collected cultivars from multiple states in 2013-2014. The cuttings were established in the greenhouse-laboratory at SUNY Plattsburgh and transplanted to the research farm. The nursery also includes commercial varieties of the fruit known as Saskatoon berry in Canada.

The research crew at the farm has also done some unofficial taste testing and reports that some of the cultivars have incredible flavor.

In 2017, in addition to a portion of the living Juneberry collection at the Willsboro farm moving to a new field location adjacent to the variety evaluation trials, Juneberry plantings were established with 44 plants on a farm in Essex County, 20 plants on a farm in Jefferson County. In 2018, one farm each in Franklin County and St. Lawrence County will add plants for grower evaluation.