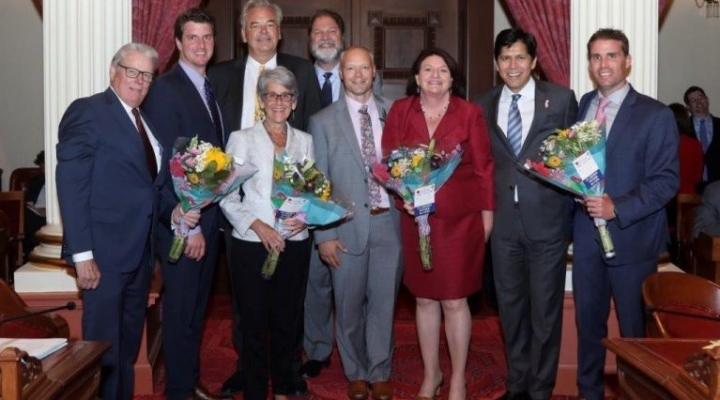 SACRAMENTO — For the fifth year in a row, the California Legislature will honor the state’s flower farmers and recognize their contributions to the state’s economy and workforce by declaring June California Grown Flowers Month.

State Sen. Mike McGuire is again putting forth the resolution to “honor the men and women of the California grown flower industry for their dedication and productivity.”

“California is America’s premiere growing region for high-quality cut flowers,” McGuire said. “No one does it better than Golden State flower farmers, and because of their hard work, California accounts for 75 percent of all domestically supplied cut flowers in America.”

“To top it off, we are leading the world when it comes to sustainable growing practices and we couldn’t be more excited to recognize the hard work of the thousands who make California the best flower state in the nation.”

McGuire, who comes from a family of farmers in Sonoma County, represents a district that stretches from Marin County up to the Oregon border.

His resolution points out California’s leading role in flower-growing and the economic impact of the industry. The state’s growers produce three-quarters of the cut flowers in the U.S., provide 145,665 jobs and account for a total economic impact of $12.2 billion.

In addition to the resolution, retailers statewide will mark California Grown Flowers Month with in-store displays and promotions that draw attention to the wide variety of flowers from the Golden State they sell. So far, Safeway, Albertsons, Vons, Pavilions, Bristol Farms, Gelson’s Markets, Bristol Farms and Lazy Acres Natural Market have announced plans to share the origin matters message with customers in their floral departments.

To further emphasize Lazy Acres’ and Bristol Farms’ commitment to California, Lares plans to include signs that tell customers more about the farmers the source from.

“We offer California Grown Flowers and Greens year-round,” says Lares, “but we’re going take the month of June to celebrate the relationship we have with our California flower farming families.”

The stores also will feature flower-centric events including a free flower crown making workshop, which was a big hit with customers last year.

The campaign not only draws attention to the importance of buying the flowers produced by California’s flower-farming families and celebrate California Grown Flowers Month, but it also drives sales.

Safeway’s Northern California have seen double-digit increases in sales of California Grown flowers – think 12 to 16 percent – since the blue bucket campaign was started in 2017.