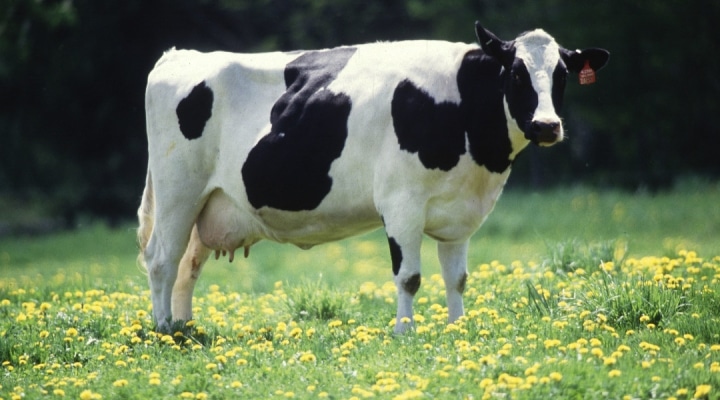 Shows will take place in September at the Pennsylvania Farm Show Complex and Expo Center in Harrisburg, PA. (Public Domain)

HARRISBURG, Pa. — Nine individuals got the nod to place the 14 open and junior shows during the All-American Dairy Show, set for September 17-21, with the Premier National Junior Show set for September 17-19, at the Pennsylvania Farm Show Complex and Expo Center in Harrisburg.

Michael Creek of Hagerstown, Md., is set to judge the Premier National Junior Ayrshire Show and the All-American Guernsey Show. Michael grew up on his family’s farm, Palmyra Farm Ayrshires and Holsteins and remains active on the farm with wife Elizabeth and daughter Charlotte. He has judged state, regional, national and international shows including the 2021 World Dairy Expo Ayrshire Show and serves as an official for the intercollegiate judging contest at Expo. Palmyra Farm has been named Premier Breeder of the International Ayrshire show at Expo nine times and have taken home many champion banners. Michael is Director of Operations with Trans Ova Genetics in Boonsboro, Md., as well as the owner of Palmyra Farm Cheese which sells cheese made from the family farm’s milk direct to consumers with a heavy focus on wholesale distribution.

Michael Duckett of Rudolph, Wis., will sort the Premier National Junior Jersey Show and the All-American Dairy Red & White Show. Michael, wife Julie and two children Logan and Chloe, operate Duckett Holsteins that has developed many high scoring cows with a BAA of 114.3. The farm has exhibited two Supreme Champions at World Dairy Expo and has been Premier Exhibitor and Breeder at Expo and has earned more than 80 All American awards. The Ducketts also own Genetic Futures which Michael manages and specializes in reproduction, IVF embryo transfer and recipient services. Past shows he has judged are highlighted by the New York Spring Holstein Show, North East Fall Holstein Show, Wisconsin Red & White and Jersey Spring shows, and the California Holstein and Jersey Spring Shows.

Matt Hawbaker of Clear Spring, Md., will place the Premier National Junior Red & White Show and the All-American Ayrshire Show. Matt and wife Sarah have two daughters, Kenley and Hadley. He was a professional dairy fitter for 10 years before opening a boarding service, Interstate Heifer Care, in 2013. Matt has prepared and exhibited numerous All-American and Reserve All-Americans since beginning his career, and has hosted and co-managed the Opportunity Knocks and First Impression at the Interstate sales. He also distributes semen for Jetstream Genetics and AG3. Matt has judged shows at the local, state, and national levels, including the Associate Judge of the International Ayrshire Show at the World Dairy Expo in 2019.

Robert Kite of Staffordshire, England, will serve as judge for the Premier National Junior Guernsey Show and the All-American Milking Shorthorn Show. Growing up on the family farm led Robert to farm in partnership with my father, and today with wife Kate and daughters, Lilly and Rose, they milk a herd of 190 pedigree dairy cattle (80% are Milking Shorthorn, the rest made up with Guernsey, Ayrshire and Jerseys) and have 200 youngstock. After studying dairy herd management in 2005, he began building the pedigree herd with Cotonhall prefix. In 2010, the opportunity to travel to Australia on a youth placement to visit breeders of Illawarra cattle gave Robert the opportunity to work with many top herds in the Illawarra breed. In the United Kingdom, the Kites have won National Dairy Shorthorn Champion 2017, 2021; UK Dairy Day 2018; UK Dairy Expo 2020; four times All Britain Champion Calf; and five times National Champion winners. Robert serves as Chairman of Shorthorn Sires UK, the marketing arm for the UK Dairy Shorthorn Society, working with the society’s committee for sire selection.

Chris Lahmers of Marysville, Ohio, returns to Harrisburg to place the Premier National Junior Brown Swiss Show and Eastern National Holstein Show. He and wife Elizabeth have three daughters – Elaina, Ava and Audrey. Chris is the marketing director for COBA/Select Sires where he leads the sales and service teams for their northern territory as well as Mexico. He grew up on a Registered Holstein and Brown Swiss farm, and his family currently exhibits under the Lah-Dale and Brown Velvet prefixes. They have bred five All-American Brown Swiss and exhibited Intermediate Champion Brown Swiss at World Dairy Expo in 2005. Lahmers has judged several state and national shows including World Dairy Expo four times, the All-American Dairy show in Harrisburg five times, and the North American International Livestock Expo in Louisville eight times. He has also had the opportunity to judge internationally in Costa Rica, Japan and Australia.

Tyler Reynolds of Corfu, N.Y., will judge the Premier National Junior Holstein Show and the All-American Jersey Show. Tyler works on his family’s dairy farm, Reyncrest Farm, with wife Kelly and daughter Cannyn where they now milk 1,300 Registered Holsteins and crop 2,400 acres. In addition to the commercial dairy, Tyler and siblings Andy and Mackenzie have 40 head of show cattle that they exhibit at local, state and national shows. They have bred 17 All-American nominations and have had many Junior All-American nominations as well. In 2019, Reyncrest Farm was named Premier Exhibitor at the Northeast Spring National and the Premier Breeder at the Northeast Fall National Holstein Shows as well as being the Premier Breeder of the HAUSA All-National Contest. In addition, they were the Premier Breeder and Exhibitor of the Heifer Show at World Dairy Expo and the Premier Breeder of the Heifer Show at the Royal Agricultural Winter Fair.

Josh Sanders of Littlestown, Pennsylvania, will analyze the Premier National Junior Milking Shorthorn Show. Josh began working with cattle at an early age at his uncle’s Locust-Ayr Farm in Maryland where they have shown Holsteins and Jerseys at the state and national levels. Upon graduation from Delaware Valley College, he worked as a herdsman at Derrwyn Holsteins, breeders of many great Red & White cattle including Miss Special. Josh now works as an Area Representative for ST Genetics with 17 years of experience in the AI industry. He has prepared and shown cattle for many herds throughout the region for shows at the local and national levels, and he has judged several shows throughout the North East including the Delaware State Fair and Premier National Junior Guernsey Show. Josh continues to breed Holsteins and Jerseys under his San-Haven with wife Leeann and daughter Emmalee.

Jenny Thomas of North Lewisburg, Ohio, will serve as Associate Judge for the Eastern National Holstein Show. Along with husband Nathan and children Colton, Kendall and Camryn, and Nathan’s family, they operate Triple T Holsteins and Jerseys where they milk 30 head with an additional 100 head of heifers and dry cows. Jenny is a Select Sires Communication Specialist, and a livestock photographer with Cybil Fisher Photography on a part-time basis. Triple-T has been honored to breed, own or develop more than 140 All-American and/or All Canadian nominations over the past 16 years. Jenny has judged several shows with highlights being the 2021 New England Summer Holstein Show, 2020 Wisconsin State Red & White Show, 2020 WI State Jersey Show, 2020 Utah State Junior Holstein and Jersey junior shows, the Maryland Spring Show, New York State Fair Jersey Show, Big E Junior Show, Kentucky State Fair Jersey Show, Western Classic Junior Show, and served as Associate Judge for the All-American Jersey Junior Show in Louisville in 2016.

For more information, contact the All-American Dairy Show at 717.787.2905, or by email at aads@pa.gov, or visit the website at allamericandairyshow.com.