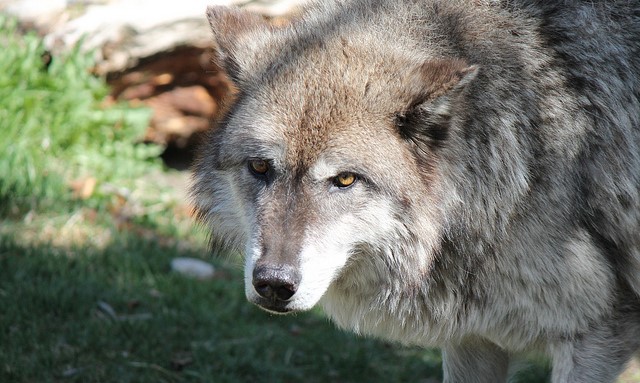 A California judge rejected a legal challenge from ranchers and farmers who fear gray wolves will threaten their livestock. (Ben Goodwin, Flickr/Creative Commons)

LOS ANGELES (AP) — A California judge on Monday upheld protection for gray wolves under the state’s Endangered Species Act, rejecting a legal challenge from ranchers and farmers who fear the predators will threaten their livestock.

The judge in San Diego ruled that California was right to list the wolves as endangered in 2014. A lawsuit on behalf of the California Farm Bureau Federation and the California Cattlemen’s Association argued the listing was arbitrary because there are so few wolves in the state.

The suit was filed to give ranchers “more flexibility in co-existing with wolves,” said Jim Houston, the farm bureau’s manager of legal and governmental affairs.

The group is committed to working with the state to reduce “the burdens of raising livestock in areas with wolves, but we do not expect it to be easy,” Houston said in a statement.

A wolf known as OR-7 made headlines in 2011 when it traveled south from Oregon — making it the first known wolf in California since 1924. One of OR-7’s offspring has become the breeding male of the only known wolf pack in California. Two of OR-7’s female pups also ventured into the Golden State, and one has traveled as far south as Lake Tahoe.

The California Fish and Game Commission granted the gray wolf protections under the state’s endangered species act, despite opposition from hunting and livestock groups who worry an unchecked population will kill deer and valuable cattle. Under California’s protections, gray wolves can’t be killed or hunted.

The lawsuit suit brought by the Pacific Legal Foundation alleged it wasn’t known whether the wolves that entered the state are the same subspecies originally native to California and that the commission failed to perform a population analysis of the species’ natural range. The foundation also didn’t respond to a request for comment.

OR-7 eventually returned to Oregon in 2014 and the wolf has successfully reproduced each year since. It was so-named because he was the seventh wolf captured and collared in Oregon.