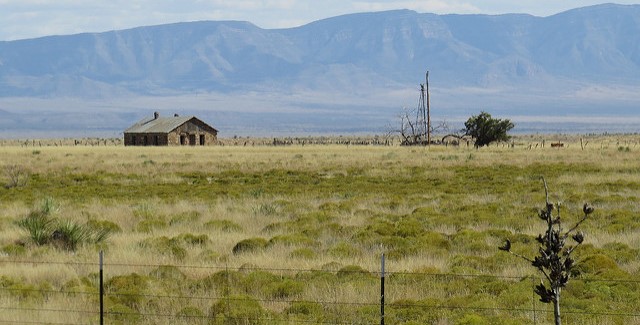 The lawsuit centers on a 2010 decision to cut grazing by 18 percent on the Jarita Mesa and Alamosa grazing allotments, which are part of an area recognized by the federal government for special treatment aimed at benefiting land grant heirs. (Luke Jones, Flickr/Creative Commons)

ALBUQUERQUE, N.M. (AP) — An attorney representing Hispanic ranchers told a federal judge Thursday that the U.S. Forest Service violated the law when deciding to limit grazing on historic land grants despite recognition decades ago by the government that the descendants of Spanish colonists have a unique relationship with the land that is integral to their heritage and traditional values.

Simeon Herskovitz argued that the agency failed to consider the social, economic and cultural effects that would result from limiting grazing in a region where poverty is high and the fragile existence of the rural communities there depends on access to surrounding lands.

He accused forest managers of making “naked assumptions” without collecting or reviewing any data to support their position.

Herskovitz laid out his arguments during a daylong hearing before U.S. District Judge James Browning in case that has been stewing for years. Browning expects to issue a ruling next month.

The ranchers filed their lawsuit in 2012. It chronicles a history in which they claim the property rights of Hispanics have been ignored and an institutional bias has been allowed to continue.

Efforts to get the Obama administration to address discrimination and civil rights violations repeatedly went unanswered in recent years, and many of the plaintiffs see the court case as a way to validate their concerns.

“The demographics of the area and the poverty have been recognized, but the Forest Service didn’t consider any of that. They ignored all those factors,” said Dave Sanchez, a New Mexico rancher and member of the Northern New Mexico Stockmen’s Association.

The lawsuit centers on a 2010 decision to cut grazing by 18 percent on the Jarita Mesa and Alamosa grazing allotments, which are part of an area recognized by the federal government for special treatment aimed at benefiting land grant heirs.

The Forest Service has argued that management practices by the ranchers contributed to overuse of meadows in the two allotments and that grazing conditions needed to be improved by limited livestock.

The ranchers dispute those claims, saying the agency failed to manage wild horses and elk grazing in the area. They said the decision to curb livestock grazing was retribution for them speaking out about Forest Service management practices.

Defense attorney Andrew Smith argued that the horse herd was within acceptable levels, that range conditions were poor and that the agency was not required under the National Environmental Policy Act to consider the socio-economic and cultural effects of a grazing reduction.

Smith later said the agency was concerned about such issues given historical problems in the region and that managers opted not to reduce grazing by greater numbers as requested by environmentalists to avoid more injury to the local communities.

In motions filed over the years, the ranchers point to a 1972 policy that emerged following the raid of the Tierra Amarilla Courthouse in 1967 over unresolved land grant issues. That policy noted the relationship Hispanic residents of northern New Mexico had with the land and declared their culture a resource that must be recognized when setting agency objectives and policies.

Carlos Salazar with the stockmen’s association said that policy and a more recent report highlighting civil rights violations against Latino ranchers in New Mexico and Colorado show the agency isn’t following through with its own directives.

“If the Forest Service was such a good neighbor, we wouldn’t be standing here,” he said outside the courtroom.

The ranchers are asking the judge to vacate the Forest Service’s decision and allow grazing to return to previous levels while the agency does a more thorough review.

The government argued that the Forest Service will begin another review next year given that grazing permits are reassessed every decade. An additional analysis would be costly and use up scarce agency resources, Smith said.

How disease spreads among farm animals