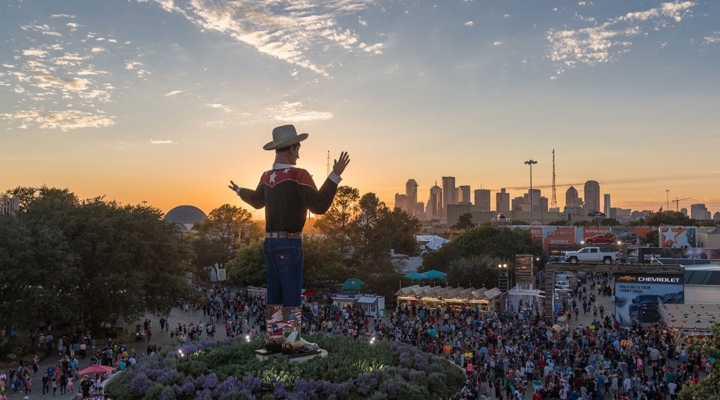 DALLAS, Texas — For the second year, the State Fair of Texas and the Juanita J. Craft Civil Rights House & Museum Steering Committee are proud to announce the recipients of the Juanita Craft Humanitarian Awards. Juanita Craft was a tireless activist for civil rights and played a crucial role in integrating many places across the city of Dallas, including the State Fair of Texas. In honor of her efforts, achievements, and legacy, the State Fair and Juanita J. Craft Civil Rights House & Museum Steering Committee are recognizing individuals who are following in her footsteps and continue to be advocates for positive change in our community. These individuals will be recognized at 4:30 p.m. on Sunday, October 6 at the State Fair during A Day of Inspiration and Gospel on the Chevrolet Main Stage. WFAA-TV, Channel 8 News’ award-winning investigative reporter, Demond Fernandez will emcee this ceremony and District 7 councilmember, Adam Bazaldua will also be making remarks.

The Juanita J. Craft Civil Rights House & Museum Steering Committee established and executed the selection process as part of their civil rights education and awareness initiative. Nominations were evaluated based on impact and active involvement in the community, commitment to social justice through notable efforts, and evidence of time and resources used to address issues in the community. In partnership with the Steering Committee, the State Fair of Texas brings the community together to honor and celebrate the Humanitarian Award recipients. In addition to the Catalyst Award, Legacy Award, and Visionary Award, for the first year a young man will receive the Spark Award, which recognizes youth for their leadership and impact in their school, neighborhood, or community.

For individuals under the age of 40 that are making an impact in civil and human rights in the city of Dallas by creating new initiatives and opportunities.

Oak Cliff resident, Taylor Toynes, aspired to be an attorney after receiving a political science degree from the University of North Texas. While working at the Dallas County District Attorney’s office, he learned how few of Oak Cliff’s residents were prepared for college and how many were incarcerated. Toynes then decided to focus on education and “being the change he wanted to see.” Toynes joined Teach for America and earned a master’s degree in education from Southern Methodist University. He became a fourth-grade reading and writing instructor at W. W. Bushman Elementary School and later became an urban specialist at Sarah A. Zumwalt Middle School.

Lead Pastor of Joy Tabernacle and Agape Temple African Methodist Episcopal Churches in Dallas, Dr. Michael W. Waters has work that has appeared on a variety of media outlets, such as ABC Nightline, The Associated Press, and The Washington Post. He earned his bachelor’s, master’s, and doctoral degrees from Southern Methodist University, where he teaches as an adjunct professor. He is the award-winning author of five books, and has received numerous honors including “Community Leader of the Year” from the Council on American-Islamic Relations, “Humanitarian of the Year” from the South Dallas Business and Professional Women’s Club, and SMU’s Distinguished Alumni Emerging Leader Award.

Yulise Reaves Waters, Esq. is Director of Dallas Programs for Lone Star Justice Alliance. She co-founded and oversees aspects of the Transformative Justice Second Chance Community Improvement Program (SCCIP), the first felony community court in Dallas history that is an alternative to incarceration for youths in the State of Texas. Waters holds B.A. degrees in English and Spanish, a B.B.A. in Organizational Behavior and Business Policy, and a Juris Doctorate from Southern Methodist University. She is an appointed member of the Collaborative Law Section Council of the State Bar of Texas. Waters is the recipient of numerous honors including Dallas Business Journal “40 Under 40,” DFW Millennial-to-Watch, and SMU Black Alumni’s History Maker Award.

A lifetime achievement award for individuals, families, or organizations that have made important and sustained contributions to the understanding and promotion of civil rights.

Linda Lydia has been extremely involved with the NAACP since the beginnings of the civil rights movement. Lydia exemplifies commitment to the equality of all people through her many achievements, including her involvement in the integration of the all-white high school in Clarksville, Tennessee in 1960. While passionately serving as Youth Advisor for the Juanita Craft Youth Council from 1993 to 2002, she created two voter empowerment programs and conducted community projects including Habitat for Humanity builds, on-going voter registration drives, and more. In 2016, she assumed the position of Youth Work Chair for the Dallas NAACP chapter and brought new life into the reinstated Craft Council. Lydia exemplifies ambition and excellence, and her legacy will inspire civil rights crusaders in generations to come.

Jacqueline Hoover Mixon is the president of the Ideal Neighborhood Association that helps fight against those who bring crime and drugs into South Dallas. Mixon also helped write the nonprofit T.R. Hoover Community Development Corporation that understands the issues in the community and fight for a solution. This nonprofit worked to develop a retail development plan for the Bexar Street Corridor and helped the city of Dallas with more than 200 minor home repairs and replacement houses. Through partnerships, the organization has also developed a Community Construction Project and Ideal Homebuyer club that built and housed over 55 residents in new infilled homes.

Mrs. Craft focused on the development of young people as leaders. This award is designed to recognize a young person between the ages of 14-21 that is making an impact in their schools, neighborhood, or local community by contributing to making our world an even better place now and in the future.

William Menifee is a 17-year-old student at Mansfield Timberview High School. As First Lieutenant in the Junior Air Force ROTC, he is making an impact in his school, neighborhood, the local community, the DFW Metroplex and is contributing to making the world a better place now and in the future. He is involved in multiple clubs and holds an officer position in many of them. Menifee received the Presidential Volunteer Service award at age 14 from President Barack Obama. He also received the Bronze ROTC Medal from The National Society of the Sons of the American Revolution for his outstanding leadership.

Designed to recognize individuals whose contributions are currently creating a positive effect on civil rights and community transformation in Dallas. This individual has committed their personal time, resources, and passion to take on a challenge that addresses equity and fairness presently.

Richie Butler’s personal mission statement: “God has called me to build people and build community”. He lives out his mission daily and wants to inspire others to do the same. Butler is the senior managing director of Prescott Realty Group and senior pastor of St. Paul United Methodist Church. With his education from SMU and Harvard and background in real estate, finance, and fund management, Richie has developed several community-based initiatives in Dallas. His latest development, Unity Estates, is used as a catalyst for growth and spurred nearly $100M in new development in the southern sector of Dallas. Richie was the president of the Foundation for the Third Millennium, whose efforts included projects in economic development and humanitarian work in Kenya, Uganda, and Tanzania. Richie currently serves on SMU Board of Trustees, Communities Foundation of Texas Board of Trustees, and the Dallas Assembly and the Real Estate Executive Council.

An award-winning professor, executive, and social good expert, Kimberly O’Neil has led projects that have generated more than $20 million for community initiatives. O’Neil serves at the CEO of Giving Blueprint, a company that focuses on increasing community engagement, and was the founder of initiative Cause Studio. O’Neil has also served as an advisory committee member for the United Way of Metropolitan Dallas’ Social Innovation Acceleration and was appointed by the City of Plano Mayor and Council to Community Relations Commission, where she serves as vice chair. She has been recognized by the Dallas Business Journal as a 2017 Minority Business Leader and received the 2019 Social Innovation Award from United Way of Metropolitan Dallas.

Please join us in congratulating these individuals for all their efforts in the community on Sunday, October 6 at the State Fair of Texas. For more information on the Juanita Craft Humanitarian Awards and ceremony, please visit BigTex.com/JuanitaCraft. 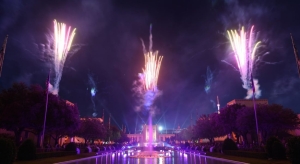 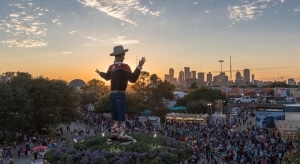 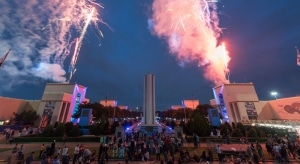