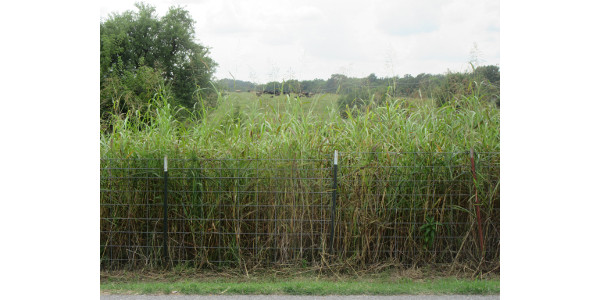 Is the johnsongrass in the foreground a health risk for the cattle on the horizon? (Photo credit: MU Extension)

MT VERNON, Mo. — The last two or three years, inquiries about johnsongrass risks in pastures and hay fields have been increasing in southwest Missouri according to Eldon Cole, livestock specialist, University of Missouri Extension.

“Favorable growing conditions have resulted in johnsongrass spreading at a rapid rate,” said Cole. “Johnsongrass has been on the Missouri noxious weed list as long as I can remember.

“We have cautioned livestock owners for years of the risks associated with the forage, whether grazed or put up as hay,” said Cole.

Those risks are prussic acid or cyanide poisoning and nitrate. Each may result in animal death if not caught in the early stages.

“In reality, we’ve not seen or heard of very many positively diagnosed instances of cattle death from johnsongrass as farmers have learned to manage it,” said Cole.

According to Cole, cattle seem to like it, especially when grazed in a tender, palatable leafy stage of growth.

What are some management tips that lessen the risks associated with livestock grazing on johnsongrass? From a grazing standpoint, Cole says to wait until johnsongrass is 18 to 24 inches tall. The prussic acid risk is greatest under that height when naive cattle are hungry and are turned into a pasture with a good bit of johnsongrass in it.

“If you allow cattle to graze johnsongrass as it grows from early spring, they seldom have problems. Drought stress may favor a prussic acid risk,” said Cole. “We do caution about grazing it around frost time in the fall. The tall material isn’t risky, but the new sprouts could be.”

Under grazing situations, if livestock producers want to be less risky when turning into a johnsongrass field, only turn one or two lower value animals in as monitors.

“If they’re still alive after 30 to 45 minutes, the grass is probably safe for the rest of the herd. It might also be of value to have your veterinarian on speed-dial at turn-in time. If caught quickly, they may save the animal,” said Cole.

The prussic acid concern is rarely a problem with hay as it leaves the plant soon after it is cut.

“There is not a reliable field test that is widely used by extension specialists, but some veterinary clinics may use a test kit, but it needs to be done where the johnsongrass is at,” said Cole.

Feeds other than johnsongrass — such as shattercane, sorghum-sudans, wild black cherry trees and sorghums — all may have the ability to cause prussic acid poisoning. Cattle, sheep, and goats seem more susceptible. It is rarely seen in hogs or horses.

Johnsongrass can accumulate nitrates, especially during drought and when high amounts of commercial fertilizer or animal manure are applied. MU Extension offices and forage testing labs can check plants for that risk.

Unfortunately, nitrates do not reduce in quantity in dry hay whether it is johnsongrass, sudans, sorghum-sudans and some other forages. Nitrates can be lethal but probably are more likely to reduce milk production, cause abortions and lower growth rate. 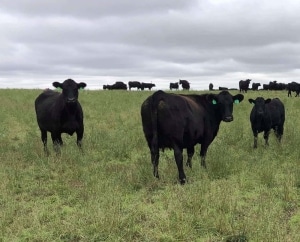 Consider toxicity issues when grazing in the fall 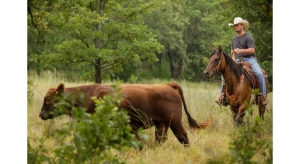 ARDMORE, Okla. — Both summer and fall are important times for ranchers to keep an eye on cattle that graze where Johnsongrass is present, due to the risk of prussic acid toxicity. Clark Roberts, manager of Noble Research Institute’s Coffey Ranch at Marietta, Oklahoma, says that drought conditions put him on high alert for two […] 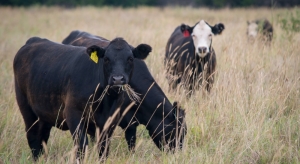 STILLWATER, Okla. – Ranchers turning cattle onto pastures with new forage growth this season should watch out for prussic acid toxicity, a condition fatal to livestock and commonly linked to consumption of Johnsongrass. In counties of Oklahoma that recently suffered from extreme drought conditions, ranchers are reporting cattle deaths suspected from prussic acid toxicity. “One of […] 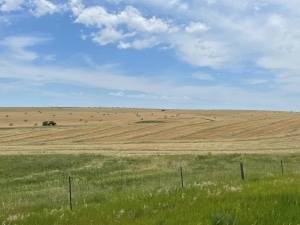